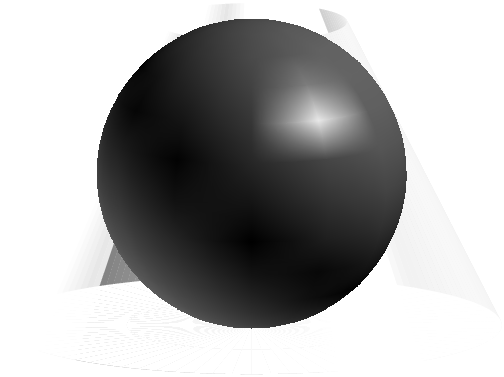 First, we draw the vertical cross-section passing through the middle of the frustum. Let the top base have a diameter of

, and the bottom base have a diameter of 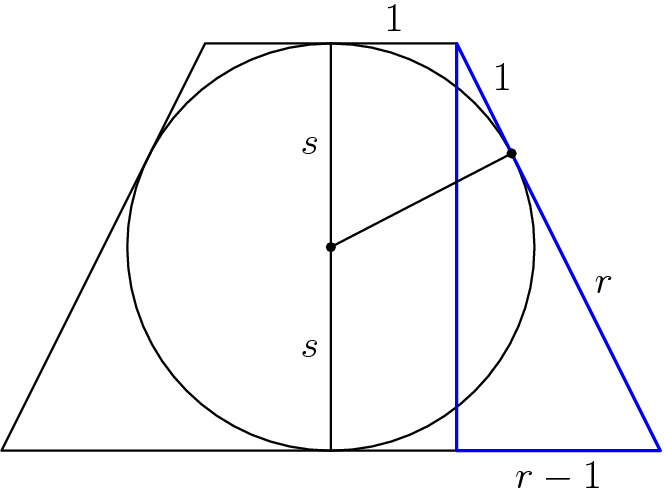 Then using the Pythagorean theorem we have:

, which is equivalent to:

Next, we can find the volume of the frustum (truncated cone) and of the sphere. Since we know

by the Quadratic Formula,

Similar to above, draw a smaller cone top with the base of the smaller circle with radius

. The smaller right triangle is similar to the blue highlighted one in Solution

is the radius of the sphere. Then

From the Pythagorean theorem on the blue triangle in Solution

, we get similarly that

From the volume requirements, we get that

Solution 3: Another Way of Simplifying the Equation in Solution 2

Similar to the previous solutions, we let

be the radii of the larger base, smaller base, and the sphere, respectively. By the Pythagorean Theorem, we have

be the heights of the large and small cones, respectively, then we have

Thus we have the equation

Substituting the expressions for

in order into the equation yields

can be factored to yield

Solving the quadratic to obtain the ratio