and has side lengths

be the point on circle

that lies on line 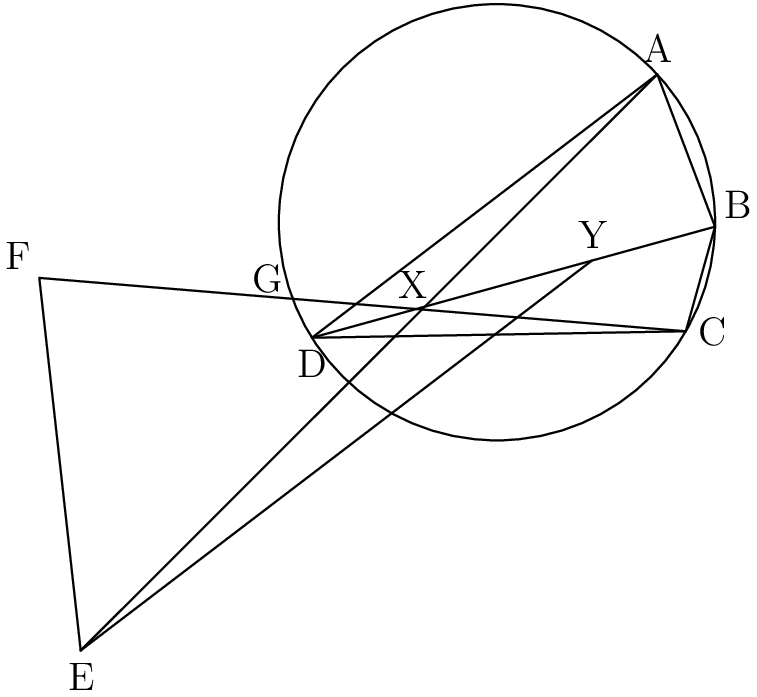 Using the given ratios, note that

Now we find the length of

. Because the quadrilateral is cyclic, we can simply use the Law of Cosines.

We shall make use of the pairs of similar triangles present in the problem, Ptolemy's Theorem, and Power of a Point. Let

being a cyclic quadrilateral, we have that

Multiplying our equations for