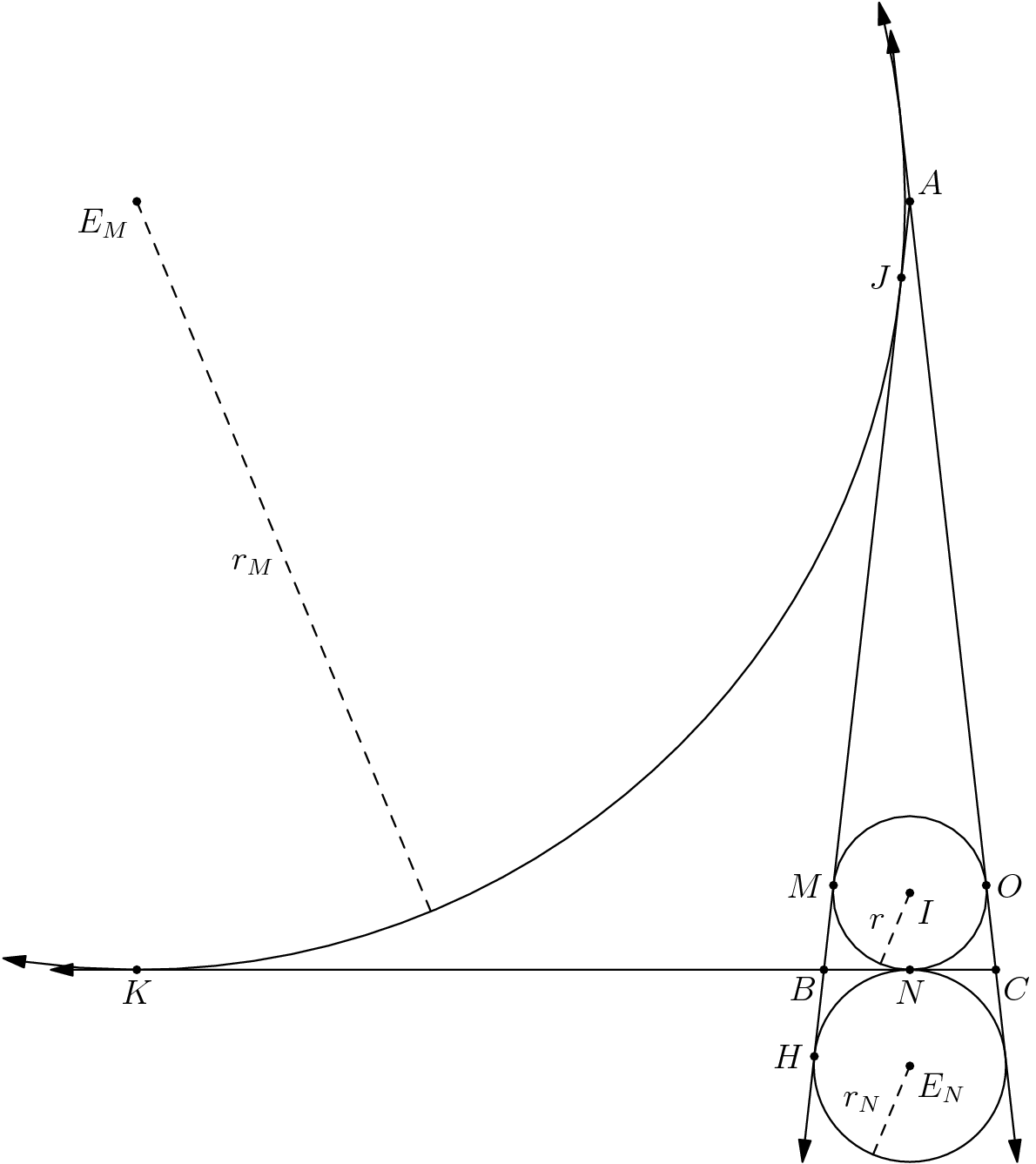 Before we start thinking about the problem, let’s draw it out; 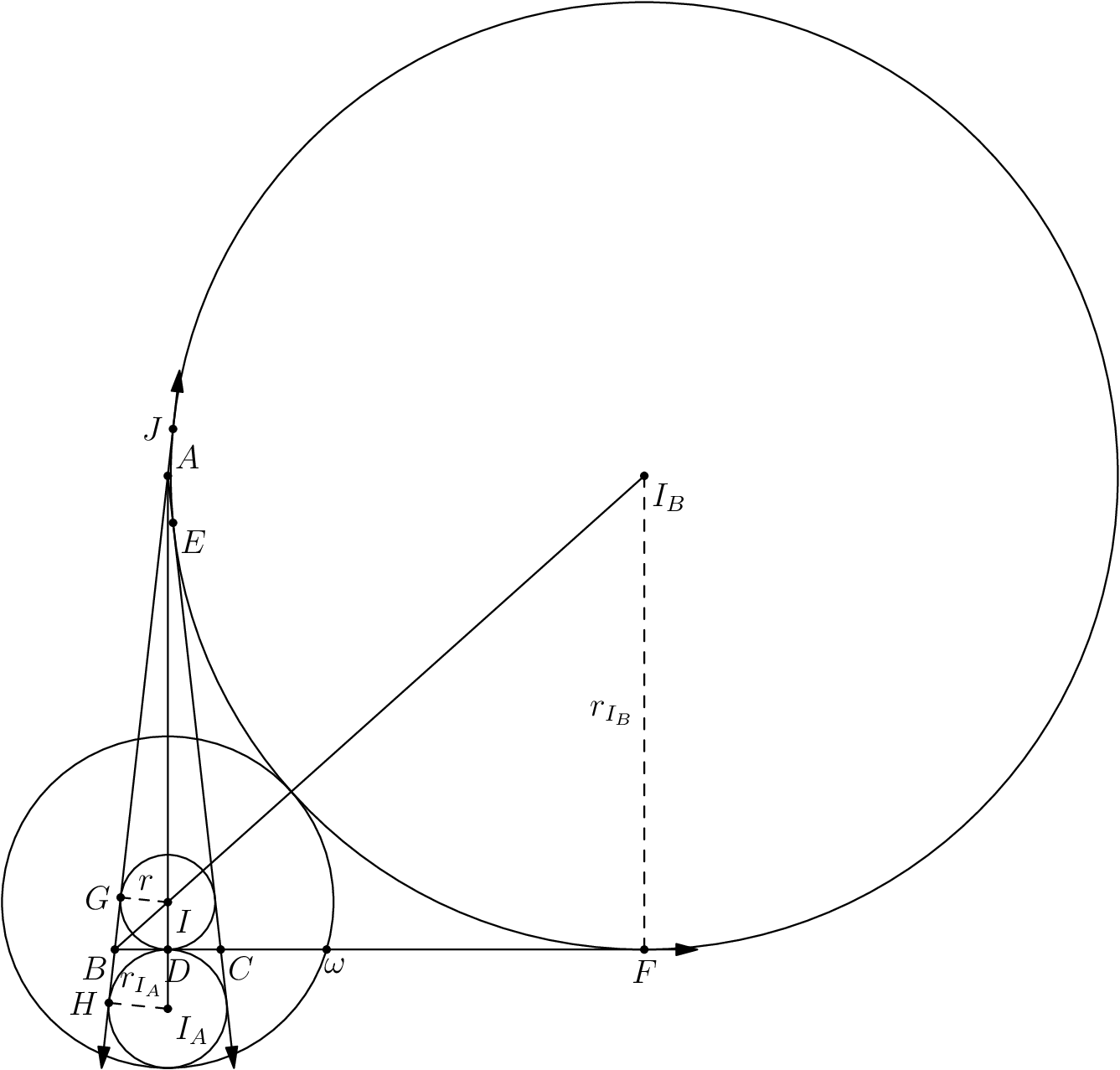 For the sake of space, I've drawn only 2 of the 3 excircles because the third one looks the same as the second large one because the triangle is isosceles. By the incenter-excenter lemma,

is the tangent of circle

is the tangent of that circle to the extension of

is the tangent of the circle to the extension of

. The interesting part of the diagram is circle

, which is internally tangent to circle

yet externally tangent to circle

. Therefore, perhaps we can relate the radius of this circle to the semiperimeter of triangle

We can see that the radius of circle

using the incenter and A-excenter of our main triangle. This radius is also equal to

from the incenter and B-excenter of our triangle. Thus, we can solve for each of these separately in terms of the lengths of the triangle and set them equal to each other to form an equation.

To find the left hand side of the equation, we have to first find

. Then since the perimeter of the triangle is

, by the angle bisector theorem,

Take a look at triangle

are similar by AA. Then

Finally, the left hand side of our equation is

. How will we find

in terms of the lengths of the triangle. We recognize:

. We really want to have

looks very similar in length to

, so let's try to prove that they are equal.

, so we can try to add these two and see if we get anything interesting. We have:

, which is our perimeter. Thus,

by AA, and we know that

. Thus, the height of this triangle is

by similarity ratios, the same height as vertex

and by similarity ratios,

, and thus the right hand side of our equation is

Setting the two equal, we have

arbitrarily; note that we can always scale this value to fit the requirements later. Thus our equation is

, we can plug into our equation:

because the side lengths have to be positive numbers. Furthermore, because our values for

are relatively prime, we don't have to scale down our triangle further, and we are done. Therefore, our answer is

Solution 4 (Not that hard construction) 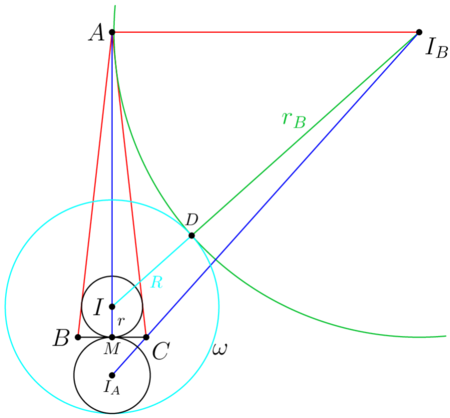 Therefore we get problem’s condition in the form of