as the number of minutes they swim for.

Let their meeting point be

. Melanie is swimming against the current, so she must aim upstream from point

, to compensate for this; in particular, since she is swimming for

minutes, the current will push her

meters downstream in that time, so she must aim for a point

. Similarly, Sherry is swimming downstream for

minutes, so she must also aim at point

to compensate for the flow of the current.

If Melanie and Sherry were to both aim at point

in a currentless river with the same dimensions, they would still both meet at that point simultaneously. Since there is no current in this scenario, the distances that Melanie and Sherry travel, respectively, are

meters. We can draw out this new scenario, with the dimensions that we have: 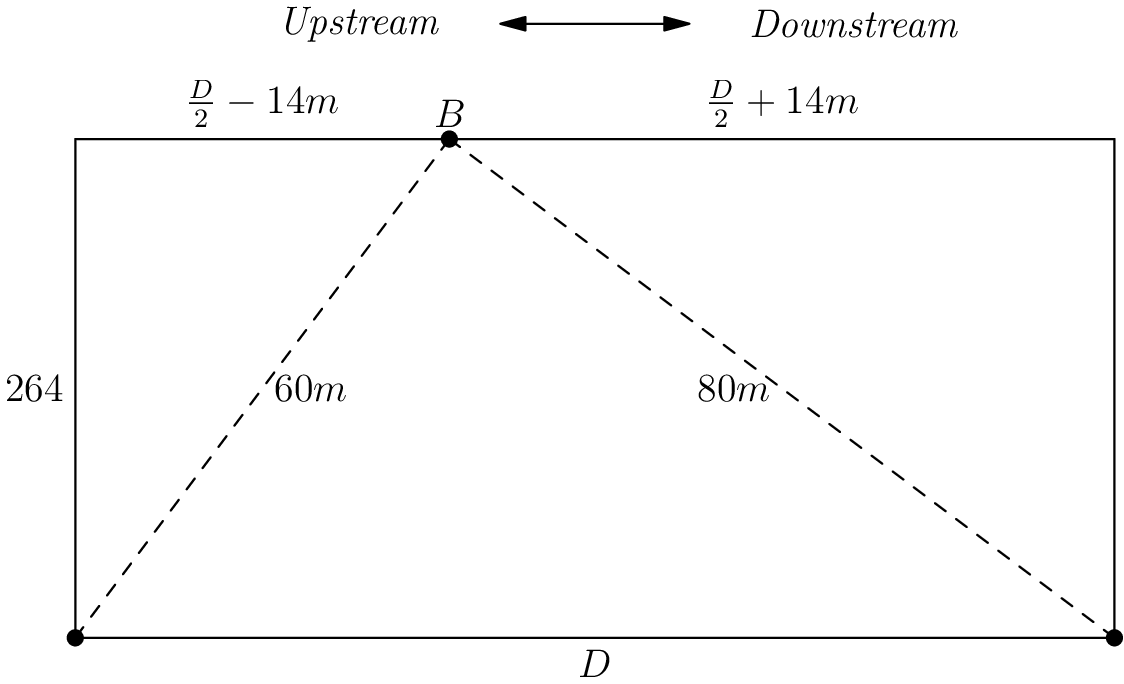 is a right triangle, we do not know this yet, so we cannot assume this based on the diagram.)

By the Pythagorean Theorem, we have

Subtracting the first equation from the second gives us

. Substituting this into our first equation, we have that 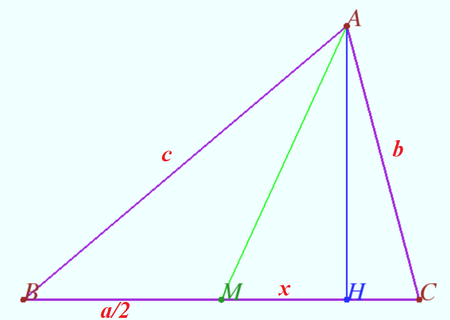 are drawn in triangle

In the coordinate system associated with water, the movement is described by the scheme in the form of a triangle, the side on which Melanie floats is

, where t is the time of Melanie's movement, the side along which Sherry floats is

The meeting point floated away at a distance of

from the midpoint between the starting points of Melanie and Sherry.

In the notation of the Claim, 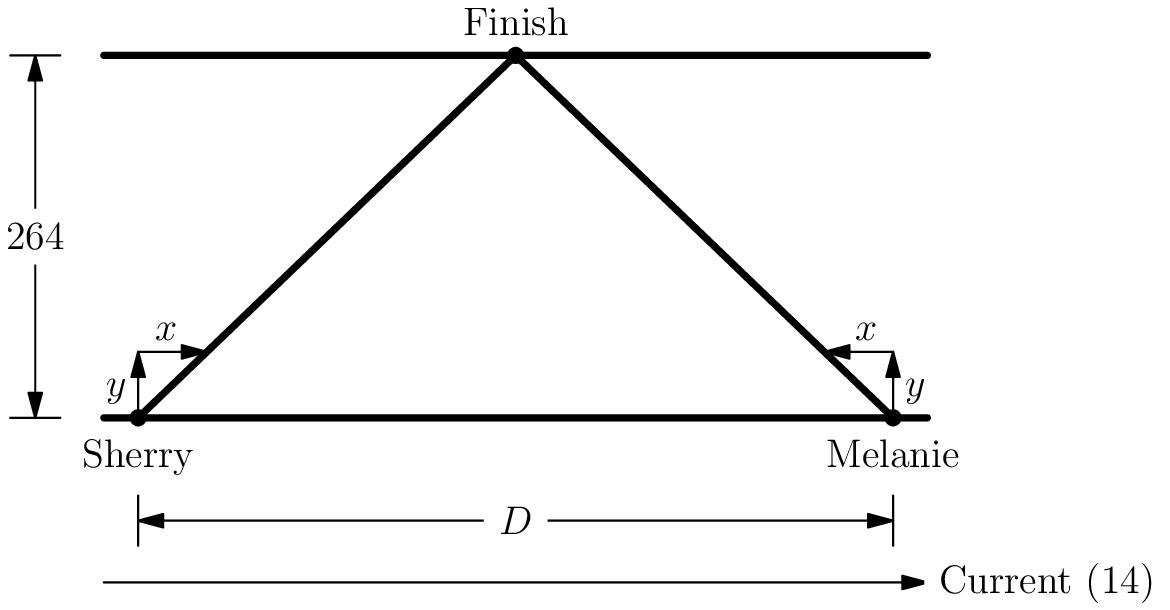 Since Melanie and Sherry swim for the same distance and the same amount of time, they swim at the same net speed.

be some positive numbers. We have the following table:

Substituting this into either equation, we have

It follows that Melanie and Sherry both swim for

minutes. Therefore, the answer is