An obtuse triangle is a triangle in which one angle is an obtuse angle. Any triangle which is not obtuse is either a right triangle or an acute triangle. 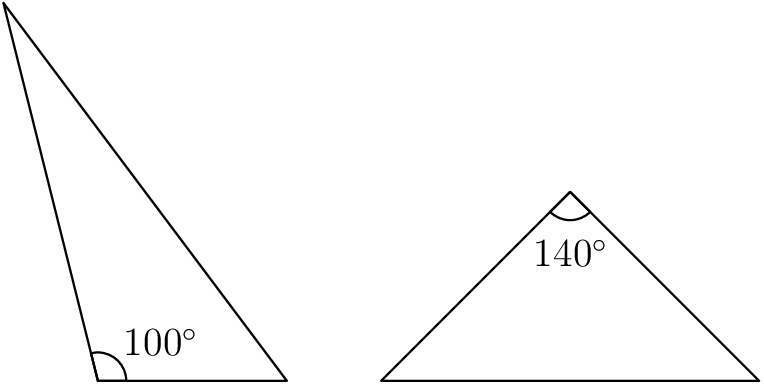 . Two obtuse angles would sum to more than that.

Obtuse triangles can be defined in other ways: