The orthocenter of a triangle is the point of intersection of its altitudes. It is conventionally denoted 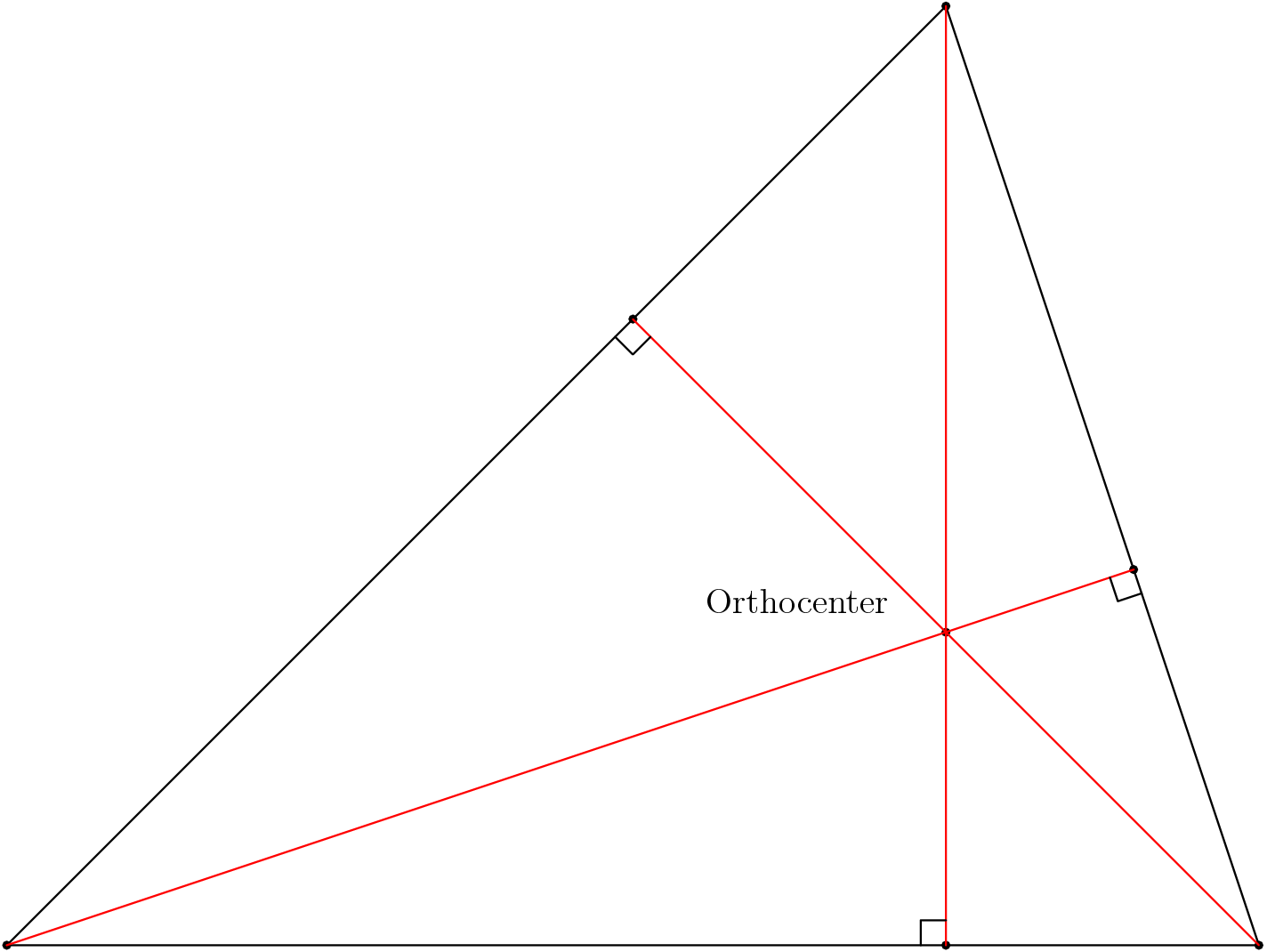 The lines highlighted are the altitudes of the triangle, they meet at the orthocenter.

Note: The orthocenter's existence is a trivial consequence of the trigonometric version Ceva's Theorem; however, the following proof, due to Leonhard Euler, is much more clever, illuminating and insightful. 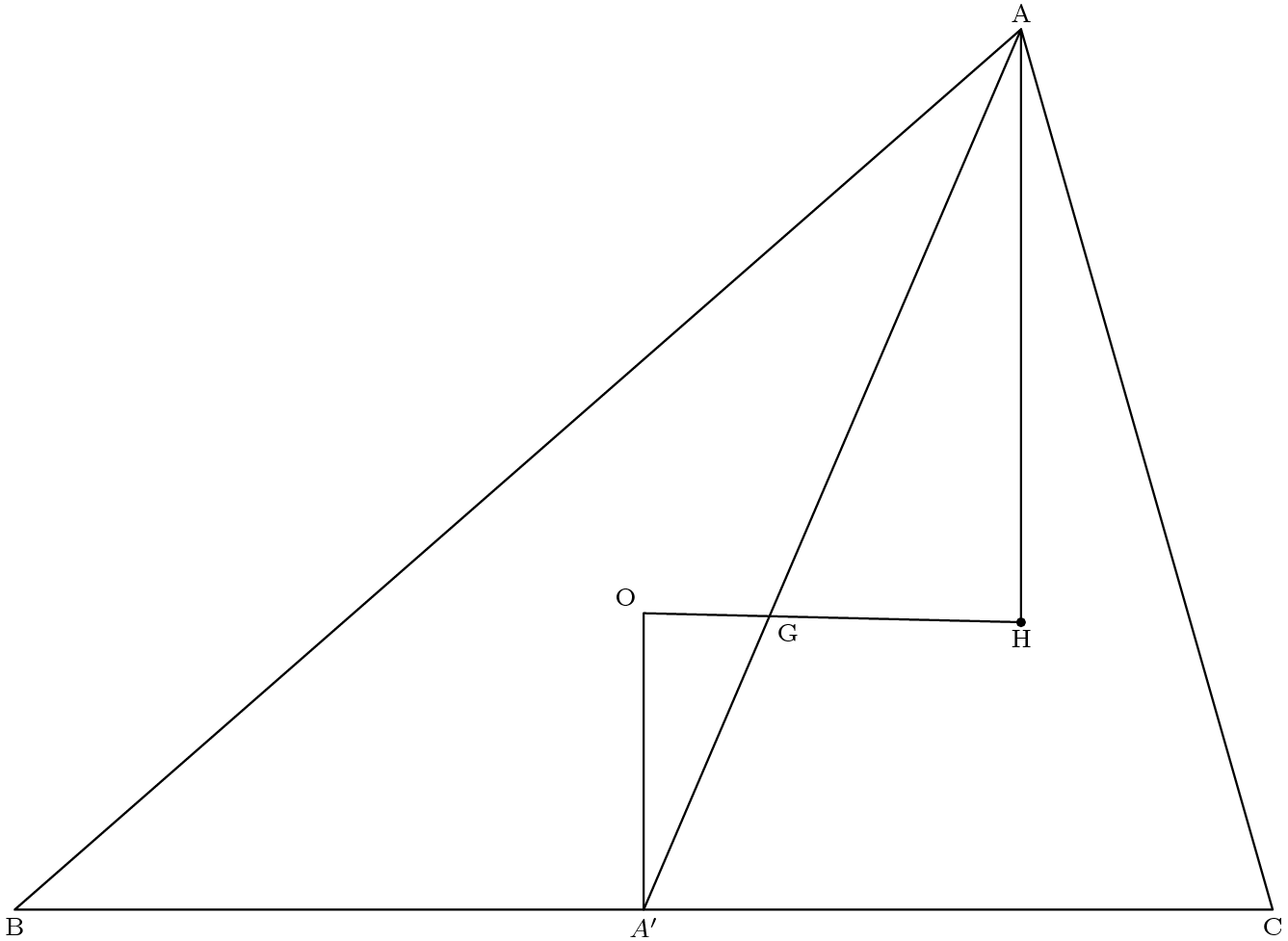 are similar by side-angle-side similarity. It follows that

and is therefore perpendicular to

, are the altitudes from

. Hence all the altitudes pass through

This proof also gives us the result that the orthocenter, centroid, and circumcenter are collinear, in that order, and in the proportions described above. The line containing these three points is known as the Euler line of the triangle, and also contains the triangle's de Longchamps point and nine-point center.

That seems somewhat overkill to prove the existence of the orthocenter. We use a much easier (and funnier) way.

Let the line through 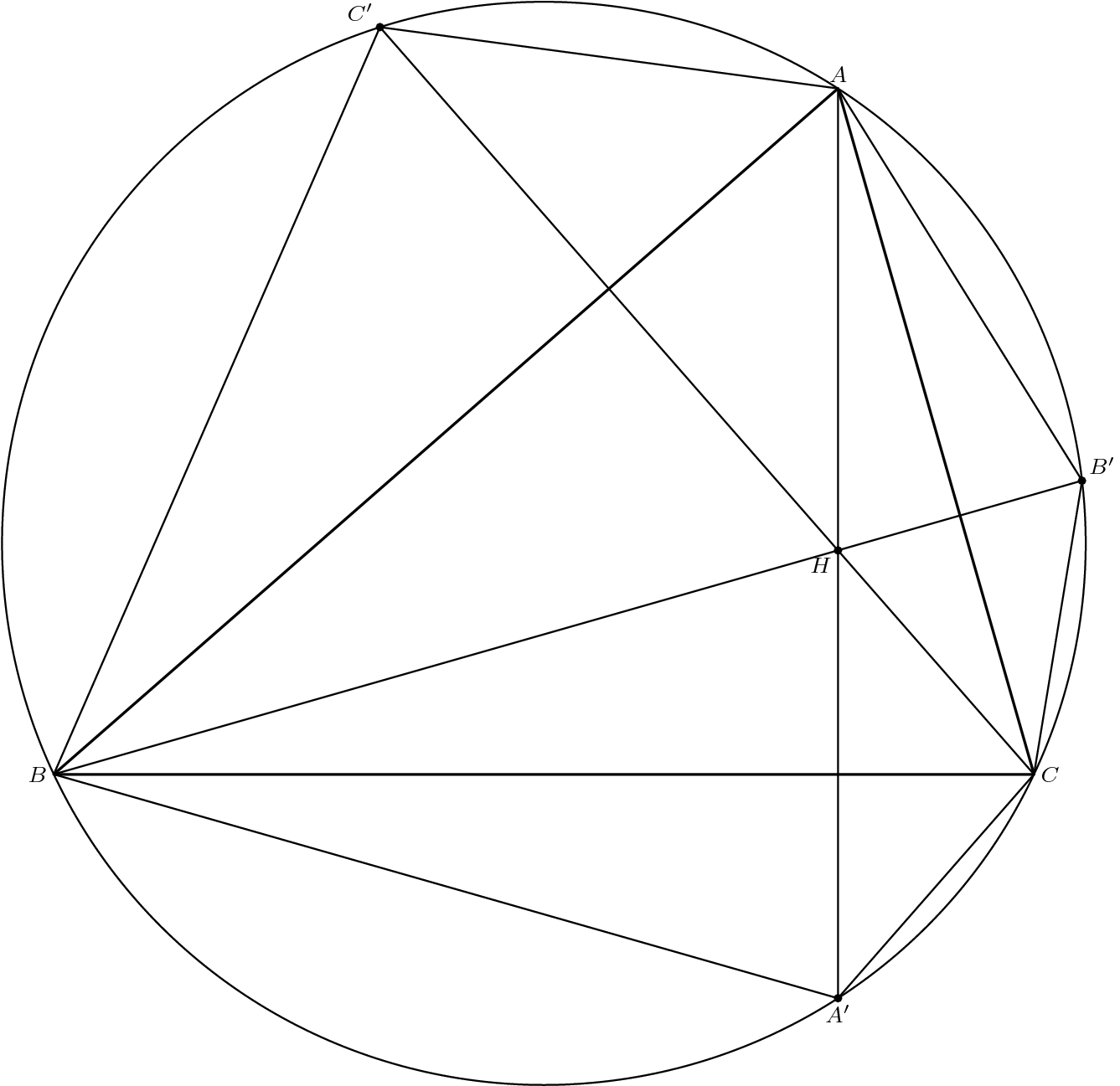