During AMC testing, the AoPS Wiki is in read-only mode. No edits can be made.
AoPS Wiki
Resources Aops Wiki Difference between revisions of "2017 AMC 12A Problems/Problem 16"

Difference between revisions of "2017 AMC 12A Problems/Problem 16"

be the center of the largest semicircle. Notice that

are bounded by the same two parallel lines and therefore have the same heights. Since the bases of these two triangles differ by a factor of 2, the area of

. Again, we don't even need the circles and semicircles anymore; just focus on the triangles. 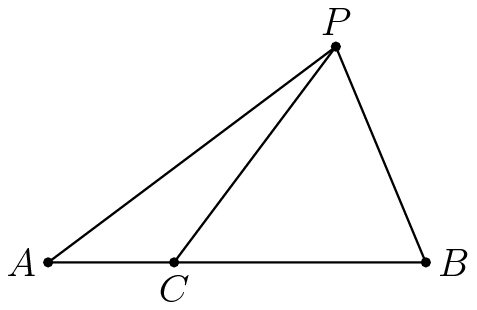 Heron's Formula states that the area of an triangle with sides

, or the semiperimeter, is half of the triangle's perimeter.

Using the same formula again, find the area of the second, larger triangle (