During AMC testing, the AoPS Wiki is in read-only mode. No edits can be made.
AoPS Wiki
Resources Aops Wiki 2018 AMC 8 Problems/Problem 20 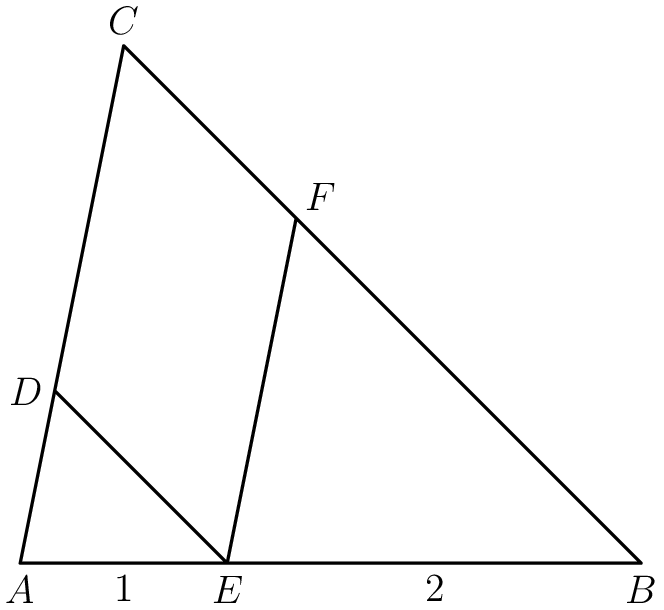 To form a parallelogram, which would equal

If you have little time to calculate, divide DEFC into triangles that are equal to DAE by drawing lines through points D and F that are parallel to AB and a line through the middle of EF parallel to CB. Also cut triangle EFB into triangles similar to DAE. We see that there are 9 total triangles, and 4 of those are occupied by DEFC. Thus, 4/9. (although it could be wrong)