During AMC testing, the AoPS Wiki is in read-only mode. No edits can be made.
AoPS Wiki
Resources Aops Wiki 2020 AMC 12A Problems/Problem 12 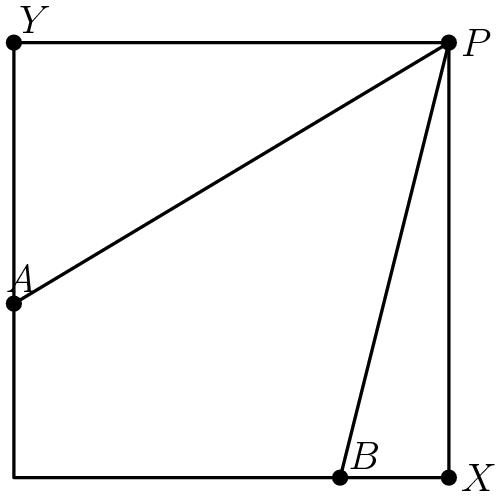 is on the line. Construct the perpendicular line

. This creates a right triangle that intersects the x-axis at

transformation will bisect the right angle. The angle bisector theorem tells us the

will split in ratio to the lengths of the sides. These are

. Thus the x intercept will split the line from