During AMC testing, the AoPS Wiki is in read-only mode. No edits can be made.
AoPS Wiki
Resources Aops Wiki 1961 AHSME Problems/Problem 25

. The number of degrees in 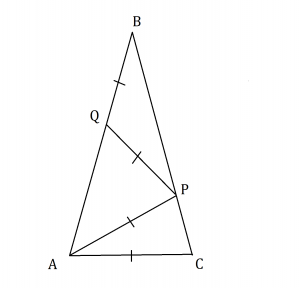 be the measure of

is an isosceles triangle, so

is isosceles as well,

is isosceles as well,

is also isosceles, so

The angles in a triangle add up to