The integers greater than one are arranged in five columns as follows:

In which column will the number

We try pairing numbers with the column number they're in. 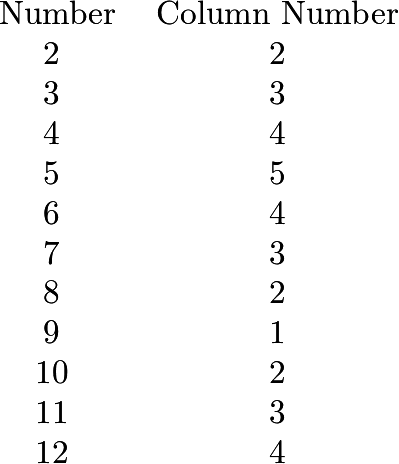 Now we can see a pattern. The column number starts at

, then goes back down to

, and repeats. Each of these blocks has a length of

, so the column number has a period of

is in the same column as

, which is the second column.