. Given that the length of the hypotenuse

, and that the medians through

lie along the lines

respectively, find the area of triangle

be the angle that the median through

makes with the positive

be the angle that the median through

makes with the positive

-axis. The tangents of these two angles are the slopes of the respective medians; in other words,

be the angle between the medians through

. Then by the tangent angle subtraction formula, 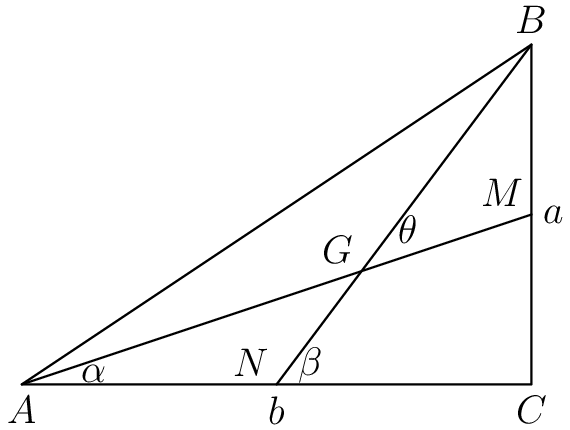 be the intersection of these two medians. Let

. The reason is that

is an exterior angle of 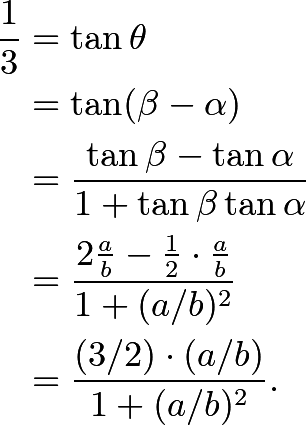 Multiplying numerator and denominator by

since the hypotenuse of

has length 60. Solving for

Translate so that the medians are

, then model the points

is the centroid, and is the average of the vertices, so

are perpendicular, so the product of their slopes is

Using the determinant product for area of a triangle (this simplifies nicely, add columns 1 and 2, add rows 2 and 3), the area is

, so we get the answer to be

The only relevant part about the xy plane here is that the slopes of the medians determine an angle between them that we will use. This solution uses the tangent subtraction identity

. Therefore, the tangent of the acute angle between the medians from A and B will be

. However we know that since

is the acute angle formed by the medians,

. We can express the tangents of the other two angles in terms of

By the tangent subtraction identity,

. We get the quadratic

, which solves to give

. It does not matter which one is picked, because the two roots multiply to 1, so switching from one root to another is like switching the lengths of AC and BC.

We choose the positive root and we can plug

into of course the PYTHAGOREAN THEOREM

. We want the area which is

We first seek to find the angle between the lines 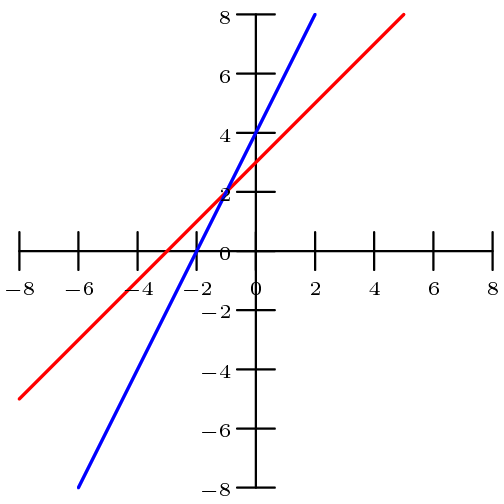 Let the acute angle the red line makes with the

and the acute angle the blue line makes with the

. Then, we know that

. Note that the acute angle between the red and blue lines is clearly

. Therefore, we have that: 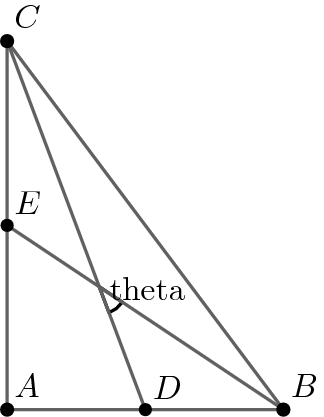 is our desired triangle. Let

be the centroid of the triangle (in other words, the intersection of

). It follows that if

. By the Law of Cosines on

By the Law of Cosines on

We also know that by the Law of Cosines on

Subtracting this from the

we got earlier yields that:

Plugging this into the

Aha! How convenient. Recall that

. Then, we clearly have that:

But note that the area of our triangle is

, we get a final answer of