is inscribed in rectangle

are interior points on sides

, respectively. It is given that 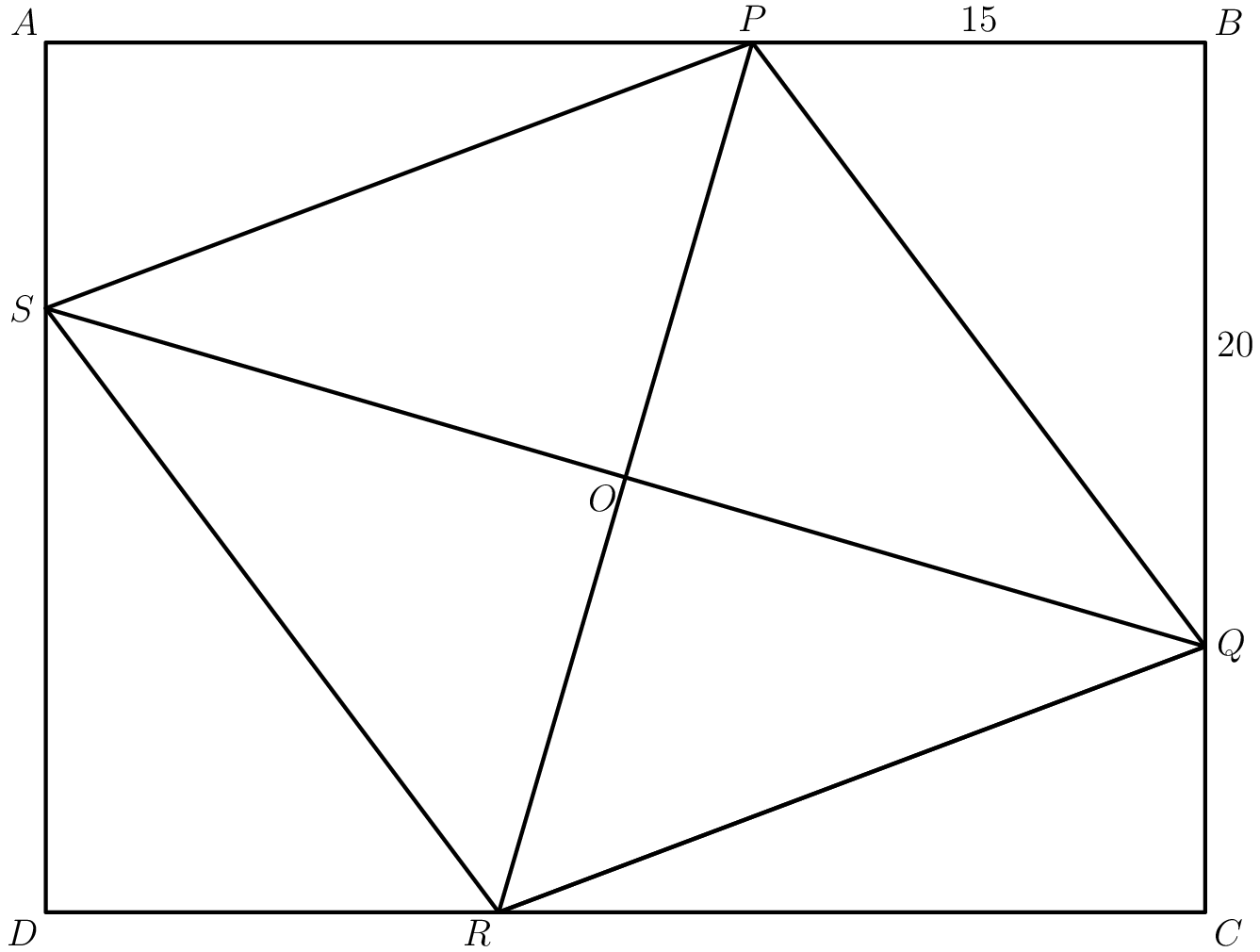 be the center of the rhombus. Via parallel sides and alternate interior angles, we see that the opposite triangles are congruent (

). Quickly we realize that

is also the center of the rectangle.

By the Pythagorean Theorem, we can solve for a side of the rhombus;

. Since the diagonals of a rhombus are perpendicular bisectors, we have that

is cyclic. By Ptolemy's Theorem,

By similar logic, we have

is a cyclic quadrilateral. Let

. The Pythagorean Theorem gives us

. Since the diagonals of a rectangle are equal,

because then everything degenerates into squares, but the condition that

gives us a contradiction. Thus

From above, we have

similarity. From here, it's clear that

Therefore, the perimeter of rectangle

are isosceles, and similar (because they have

could be found easily from the area of

From the right triangle

. We could have also defined a similar formula:

, and then we found

is tangent to the circles with diameters

. Since the opposite triangles are congruent we have that

. Expanding with the formula

, and since we have

. The rest then follows similarily from above.

We can just find coordinates of the points. After drawing a picture, we can see 4 congruent right triangles with sides of

Let the points of triangle

can be split into two similar 3-4-5 right triangles,

. By the Pythagorean Theorem, point

. Repeating the process, if we break down triangle

into two more similar triangles, we find that point

. Thus, the perimeter is equal to

We can just use areas. Let

. Also, we can add up the areas of all 8 right triangles and let that equal the total area of the rectangle,

. Solving this system of equation gives

, from which it is straightforward to find the answer,

We will bash with trigonometry.

. Thus, if we drop an altitude from

, it will have length

. Now, by the Pythagorean Theorem,

Now, we can finish. We know

. Thus, our perimeter is