units. Two additional tiles of the same size are added to the figure so that at least one side of each tile is shared with a side of one of the squares in the original figure. Which of the following could be the perimeter of the new figure?

One such figure would be 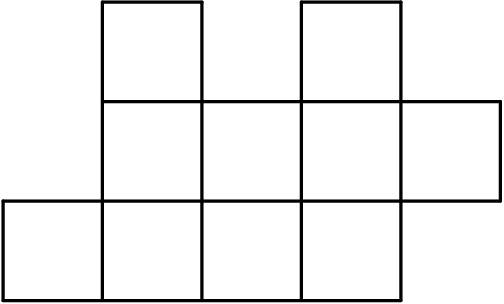 The perimeter of this figure is