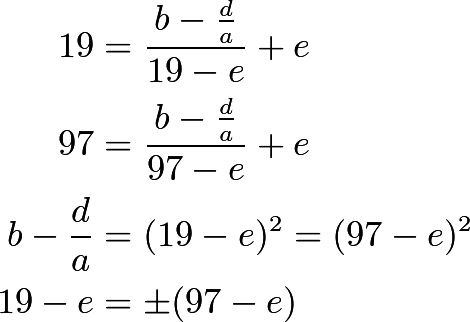 , it is obvious that

is the value not in the range. First notice that since

Because there are no other special numbers other than

, take the average to get

. (Note I solved this problem the solution one way but noticed this and this probably generalizes to all

By the function definition,

is its own inverse, so the only value not in the range of

is the value not in the domain of

The answer we are searching for,

(the only value not in the range of

), can now be expressed as

, and they satisfy the equation

. We have written this quadratic with roots

So our answer is