During AMC testing, the AoPS Wiki is in read-only mode. No edits can be made.
AoPS Wiki
Resources Aops Wiki 2000 AIME II Problems/Problem 6

One base of a trapezoid is

units longer than the other base. The segment that joins the midpoints of the legs divides the trapezoid into two regions whose areas are in the ratio

be the length of the segment joining the legs of the trapezoid that is parallel to the bases and that divides the trapezoid into two regions of equal area. Find the greatest integer that does not exceed

Let the shorter base have length

(so the longer has length

), and let the height be

. The length of the midline of the trapezoid is the average of its bases, which is

. The two regions which the midline divides the trapezoid into are two smaller trapezoids, both with height 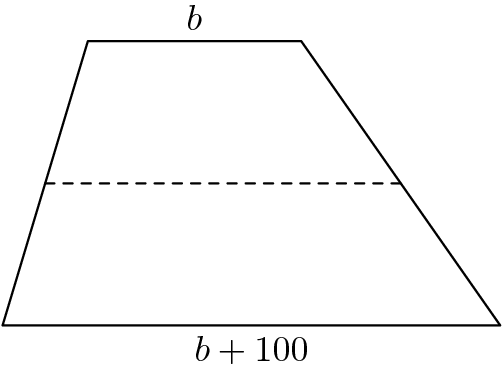 We now construct the line which divides the rectangle into two regions of equal area. Suppose this line is a distance of

from the shorter base. By similar triangles, we have

. Indeed, construct the perpendiculars from the vertices of the shorter base to the longer base. This splits the trapezoid into a rectangle and two triangles; it also splits the desired line segment into three partitions with lengths

. By similar triangles, we easily find that 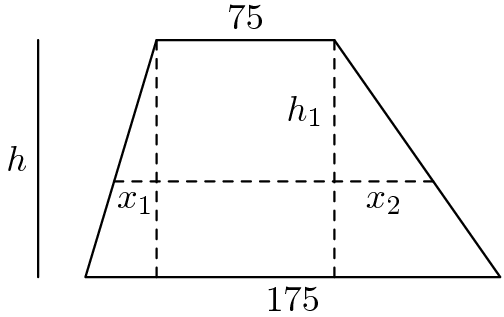 Substituting our expression for

from above, we find that