An angle is drawn on a set of equally spaced parallel lines as shown. The ratio of the area of shaded region

to the area of shaded region

is 11/5. Find the ratio of shaded region

to the area of shaded region 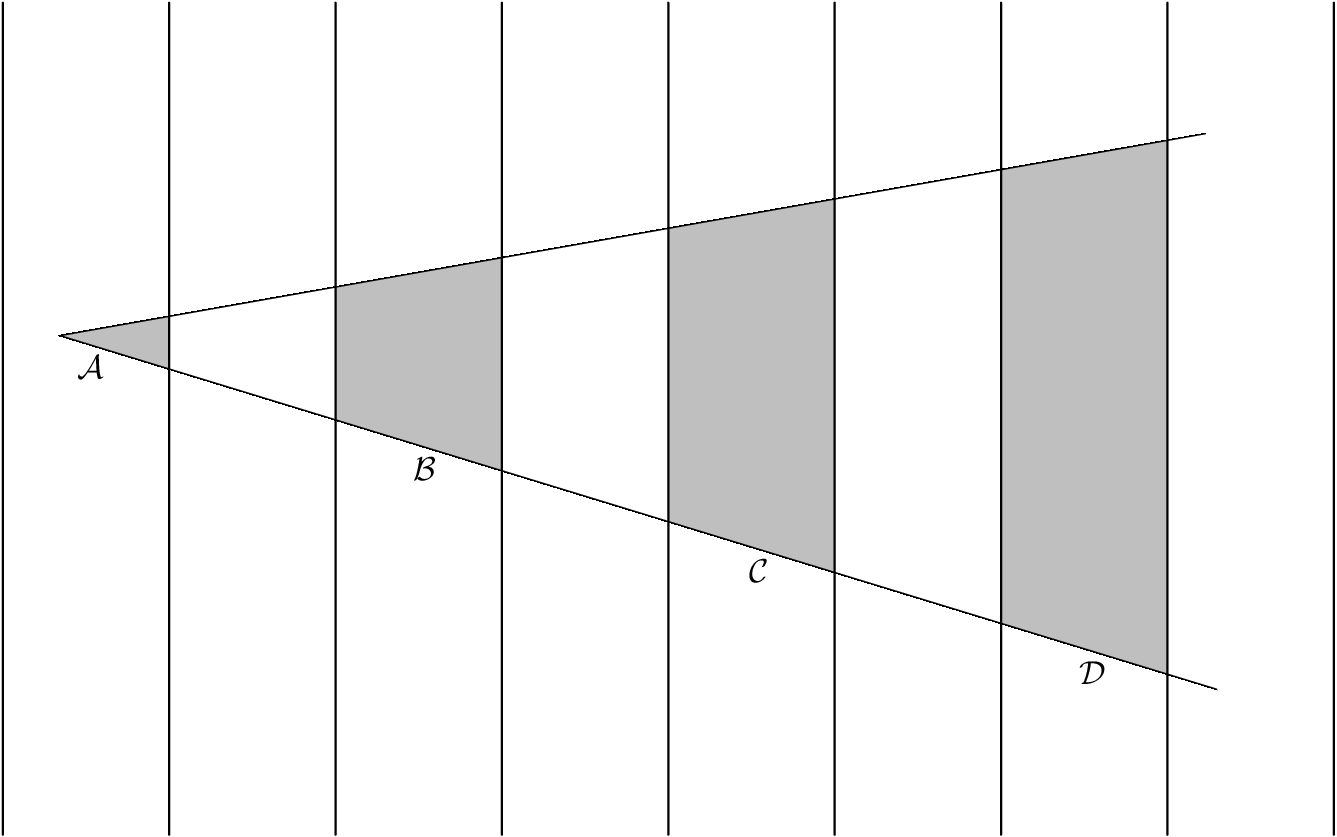 Note that the apex of the angle is not on the parallel lines. Set up a coordinate proof.

Let the set of parallel lines be perpendicular to the x-axis, such that they cross it at

. The base of region

is on the line

. The bigger base of region

is on the line

. Let the top side of the angle be

and the bottom side be x-axis, as dividing the angle doesn't change the problem.

Since the area of the triangle is equal to

Solve this to find that

Using the same reasoning as above, we get

Note that the sections between the two transversals can be divided into one small triangle and a number of trapezoids. Let one side length (not on a parallel line) of the small triangle be

and the area of it be

. Also, let all sections of the line on the same side as the side with length

on a trapezoid be equal to

Move on to the second-smallest triangle, formed by attaching this triangle with the next trapezoid. Parallel lines give us similar triangles, so we know the proportion of this triangle to the previous triangle is

. Repeating this process, we get that the area of B is

So now we compute the ratio of D and A, which is

Let the distances from the apex to the parallel lines be

and the distance between the intersections be

We know the area ratio means

The ratio we seek is

so the ratio we seed is

Finally note that by similar triangles

Therefore the ratio we seek is

so the final ratio is