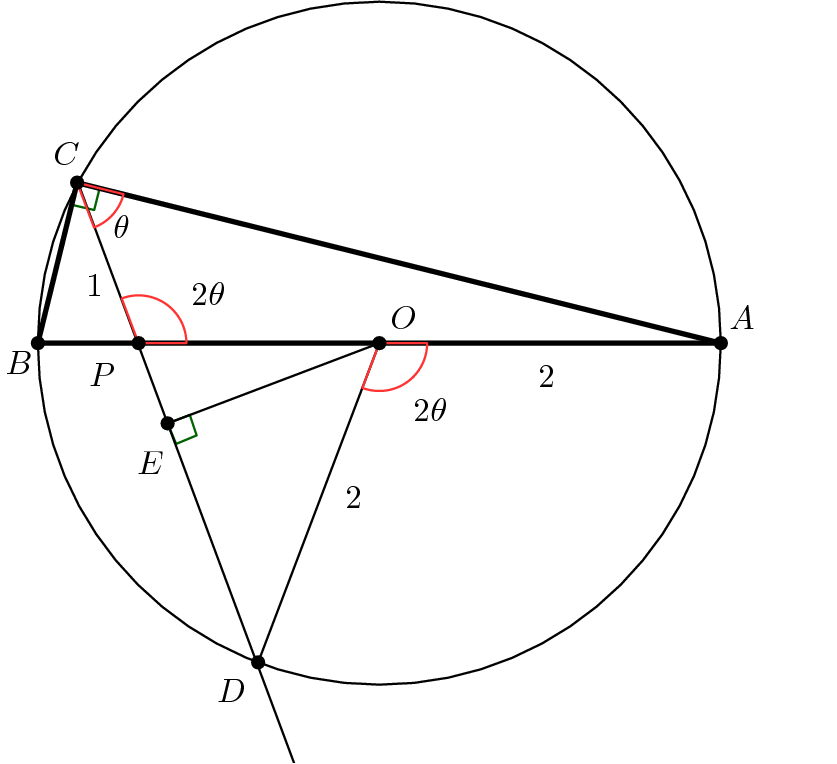 is a right triangle,

Next, let's do some angle chasing. Label

, and by isosceles triangles,

. Then, by angle subtraction,

Using the Law of Sines:

. Plugging this back into the Law of Sines formula gives us:

Next, using the Law of Cosines:

, which gives us an answer of