be the point, other than

, of intersection of the circumcircles of 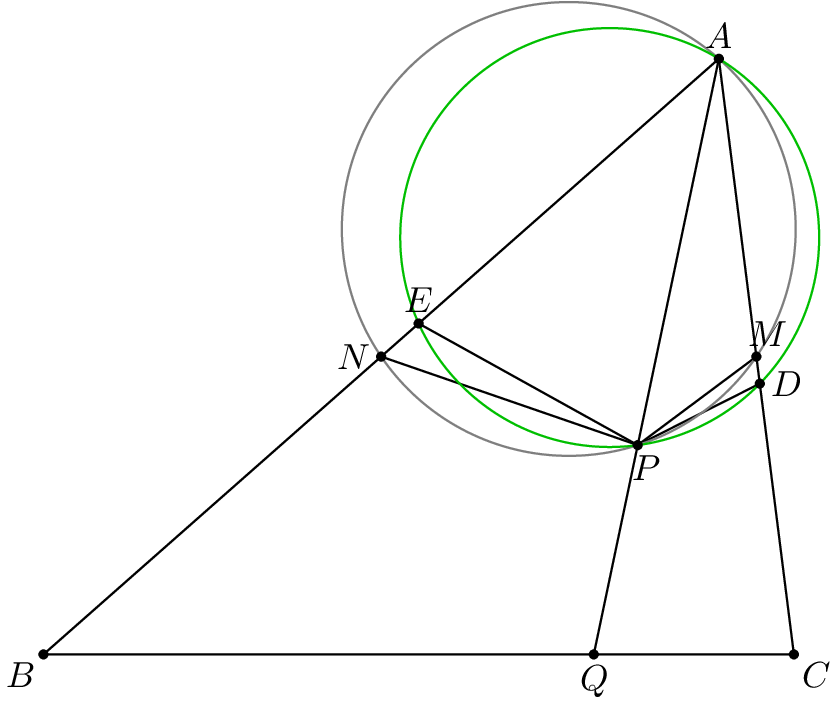 in the plane. Then

because they are midpoints, while

by Angle Bisector Theorem. Thus we can rewrite this expression as 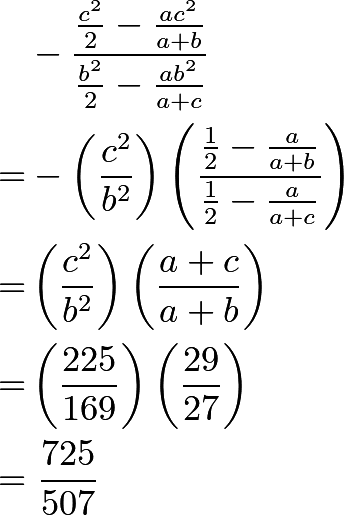 The Angle Bisector Theorem implies that

Applying the Law of Sines to

. Multiplying these together yields *

Now we claim that

. To prove this, we can use cyclic quadrilaterals.

, which can easily be computed by the angle bisector theorem to be

, for any cevian AD of a triangle ABC. For the sine ratios use Law of Sines on triangles APM and APN,

. The information needed to use the Ratio Lemma can be found from the similar triangle section above.

be the intersection point of

This can be proven using Ceva's theorem and the work done in this problem, which effectively allows us to compute the ratio that line

divides the opposite side

into and similarly for the other two sides.

This problem can be solved with barycentric coordinates. Let triangle

be the reference triangle with

. Using the Angle Bisector Theorem, we can deduce that

. Plugging the coordinates for triangles

into the circle formula, we deduce that the equation for triangle

and the equation for triangle

. Solving the system of equations, we get that

. This equation determines the radical axis of circles

gets the desired ratio of lengths, and

and plugging in the lengths

. From this we get the desired answer of