than any of the other three vertices. What is the area of

is a point in the rhombus

be the half-plane containing

. The region turns out to be an irregular pentagon. We can make it easier to find the area of this region by dividing it into four triangles: 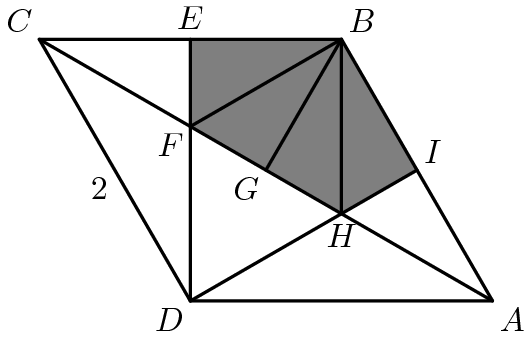 . Multiply this by 4 and it turns out that the pentagon has area

We follow the steps shown above until we draw pentagon

. We know that rhombus

can be divided into equilateral triangles

. We now have to take off the areas

to get the desired shape.

is just half of

, for a total area of

, the probability that a randomly selected point is closer to

than either other point is

(why?). Similarly, in triangle

, the same principle applies. Thus, the area of the region closer to

are congruent, we have