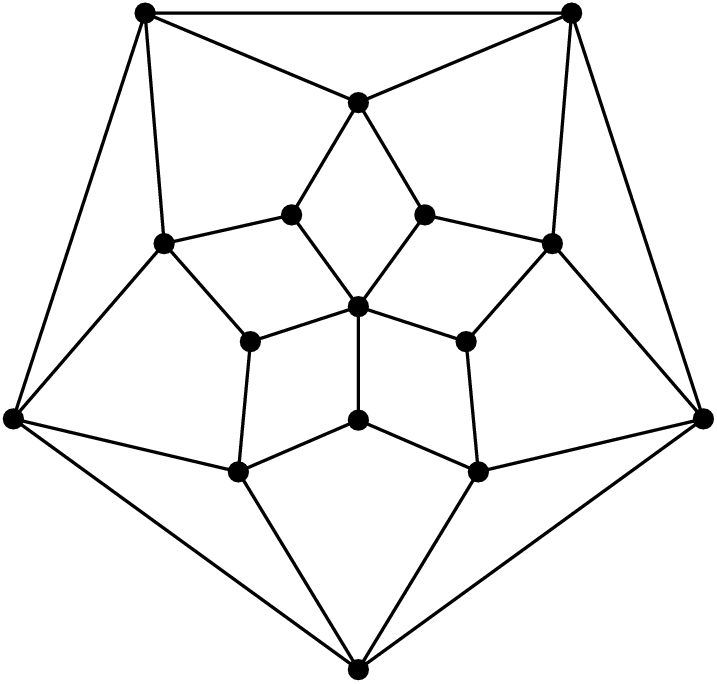 be the number of coins in each gift of coins. There

gifts of coins, and

. Repeat in the same way, we can get

as the number of coins the student in the middle has. Since this student connects to

other students, each of those students must have passed

coins to the center to maintain the same number of coins.

Each of these students connect to

coins to each, so they must have

coins. These students must then recieve

of which were given to by the center student. Thus, they must also have received

coins from the outer layer, and since this figure has symmetry, these must be the same.

Each of the next layer of students must have given

coins. Since they gave

people coins, they must have started with

of them from the inner layer, making the two other connections have given them the same amount. By a similar argument, they recieved

from each of them.

By a similar argument, the outermost hexagon of students must have had

coins each. Summing this all up, we get the number of total coins passed out as a function of

. This ends up to be

Since this all sums up to

, which is given, we find that

to be the number of coins that the center person has, so the answer is