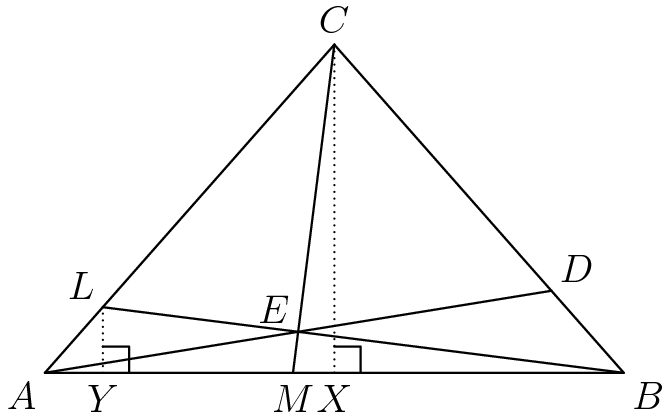 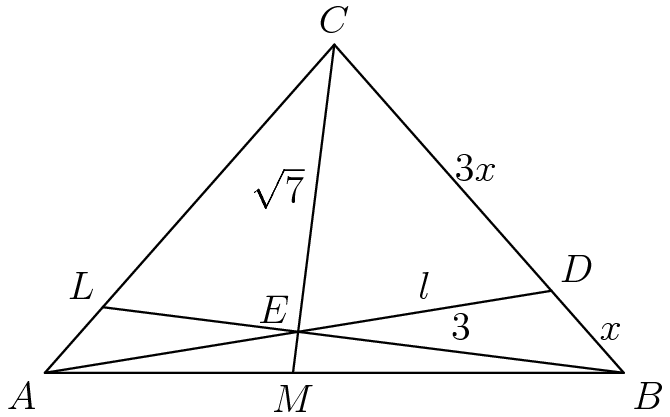 . It is trivial to show that

Multiplying both equations by

Solving these equations, we get that

Thus, the area of 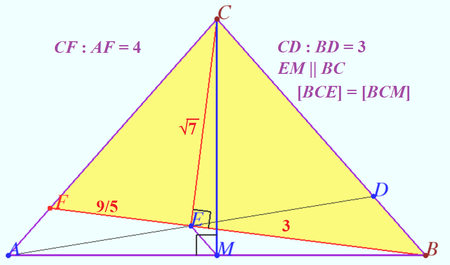 The main in solution is to prove that

be cross point of

We use the formula for crossing segments in

By Stewart's Theorem on

, we get after simplification