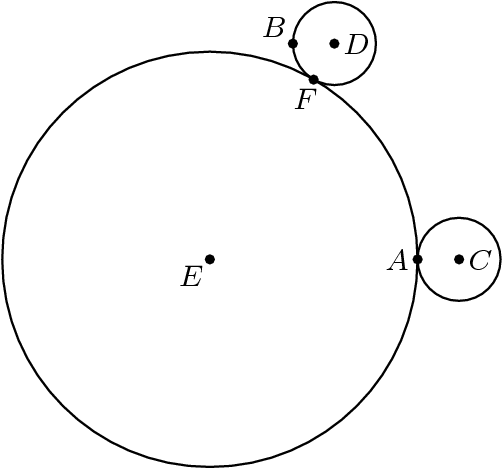 on the larger disk.

, since the larger disk has a radius of

so the angles of minor arc

Now drop a perpendicular from

Thus, we know that

and by using the Pythagorean Theorem on

times (the circumference of the small circle is

while the larger one has a circumference of

) plus the extra rotation the circle gets for rotating around the circle, for a total of

and since lengths are positive,

By the Law of Sines, we know that

Finally, we square this to get