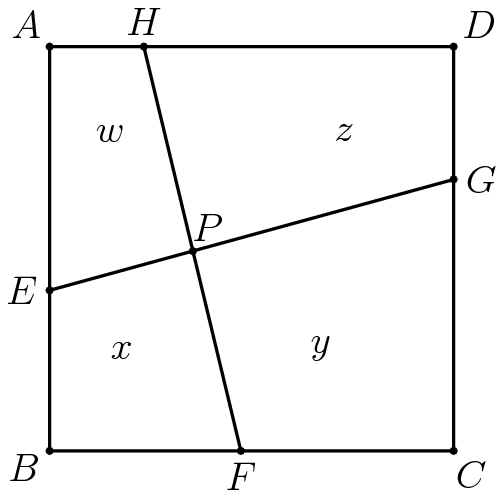 be the side length of 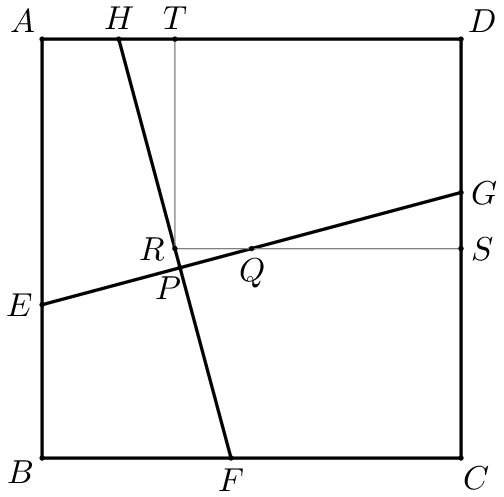 The fraction of the area of the square

which is occupied by trapezoid

. Similarly, the fraction of the area occupied by trapezoid

Because these areas are in the ratio

from which we get

be the side length of

is also the center of the square. Draw 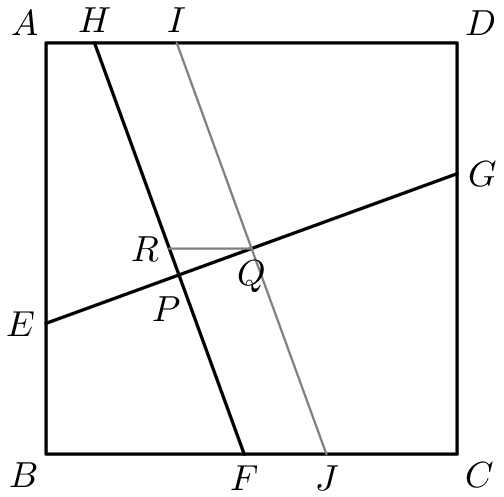 divide the square into four congruent quadrilaterals, each of area

The fraction of the total area occupied by parallelogram

. By Pythagoras' Theorem on

. The former leads to a square with diagonal less than

. Therefore, we suspect the square of the "hypotenuse" of a right triangle, corresponding to

must be a multiple of

. All of these triples are primitive:

The sides of the square can only equal the longer leg, or else the lines would have to extend outside of the square. Substituting

is the only valid answer.

Continue in the same way as solution 1 to get that

. You can then find

Then, if we drop a perpendicular from

. Thus, we can set up an equation in terms of

. Since the area is

, we have it is equal to