~IYN~ Note: The Geometric probability can be easily be found through graphic through the x-y plane. 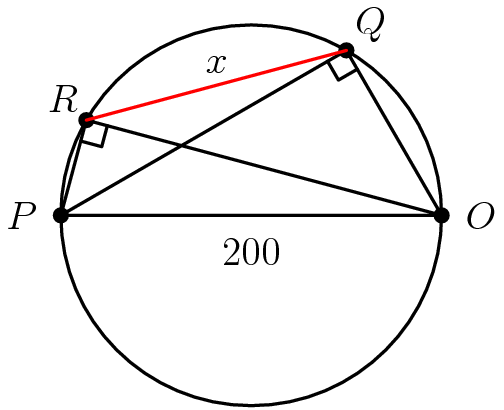 Impose a coordinate system as follows:

be the origin, and let

be the x-axis. We construct a circle with center at the origin with radius 100. Since

are both right angles, points

are on our circle. Place

in the first quadrant of the Cartesian Plane. Suppose we construct

such that they are clockwise rotations of

, respectively by an angle of

degrees. Thus, we see that

. We want this quantity to be less than

. The probability that the last inequality is satisfied is

. Therefore, the probability that