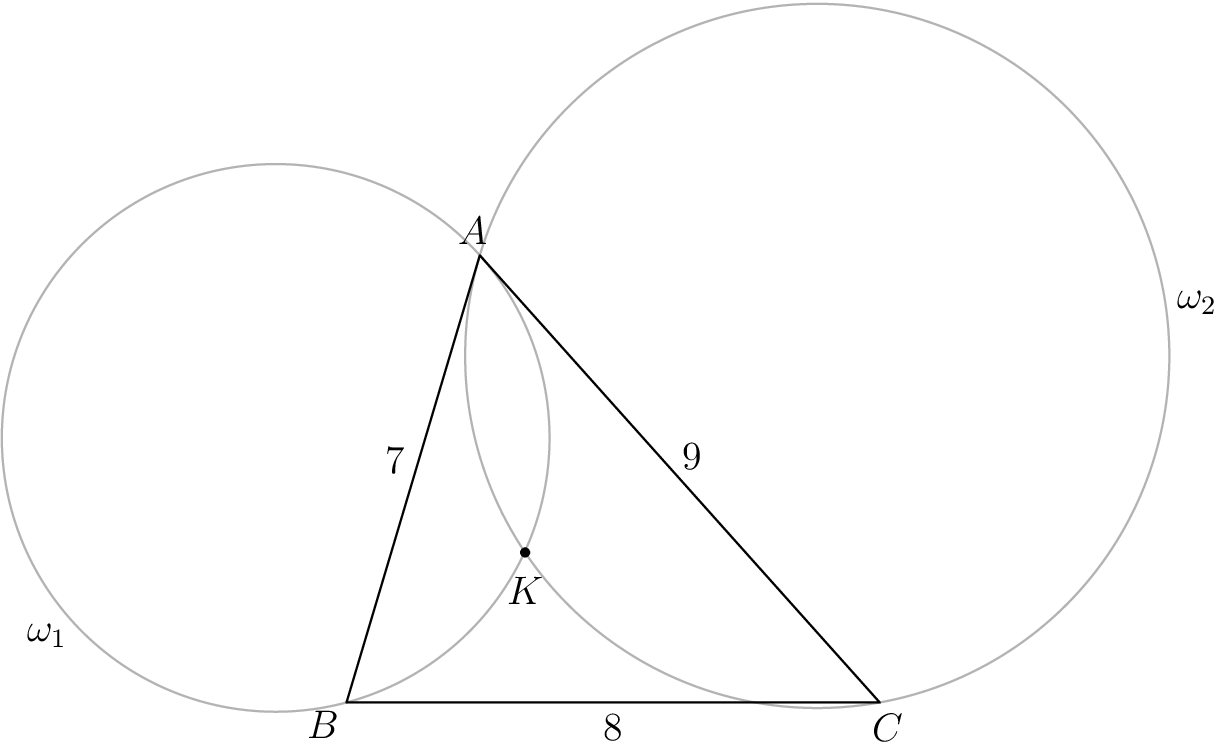 Let the centers of the circles be 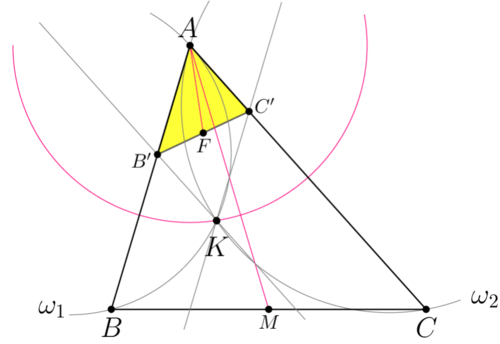 be inverse points for

lies on this line.

passes through K, C and is tangent to the line

is the image of the circle

We start by assigning coordinates to point

-axis. Through an application of the Pythagorean Theorem and dropping an altitude to side

, it is easy to see that

. Through some calculations, we find that the perpendicular bisector of

into this, we find the y-coordinate of

and combining with the previous result for

we get that the coordinates of

We now find the slope of

, the line joining the centers of circles

-intercept of that line is at

, this line has a

, so it has equation

in order to find the intersection

of the radical axis

. Through some moderate bashing, we find that the intersection point is

. We know that either intersection point of two circles is the same distance from the intersection of radical axis and line joining the centers of those circles, so reflecting

= (This is the most tedious part of the bash)