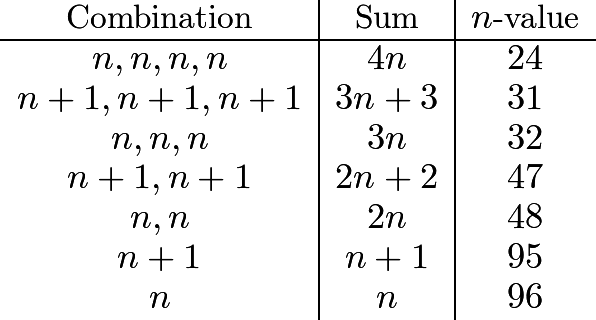 To test whether a pair works, we simply check that, using the number

and the two numbers in the pair, it is impossible to form a sum of

, and it is possible to form sums of