are drawn parallel to

, respectively, such that the intersections of

with the interior of

are segments of lengths

, respectively. Find the perimeter of the triangle whose sides lie on lines 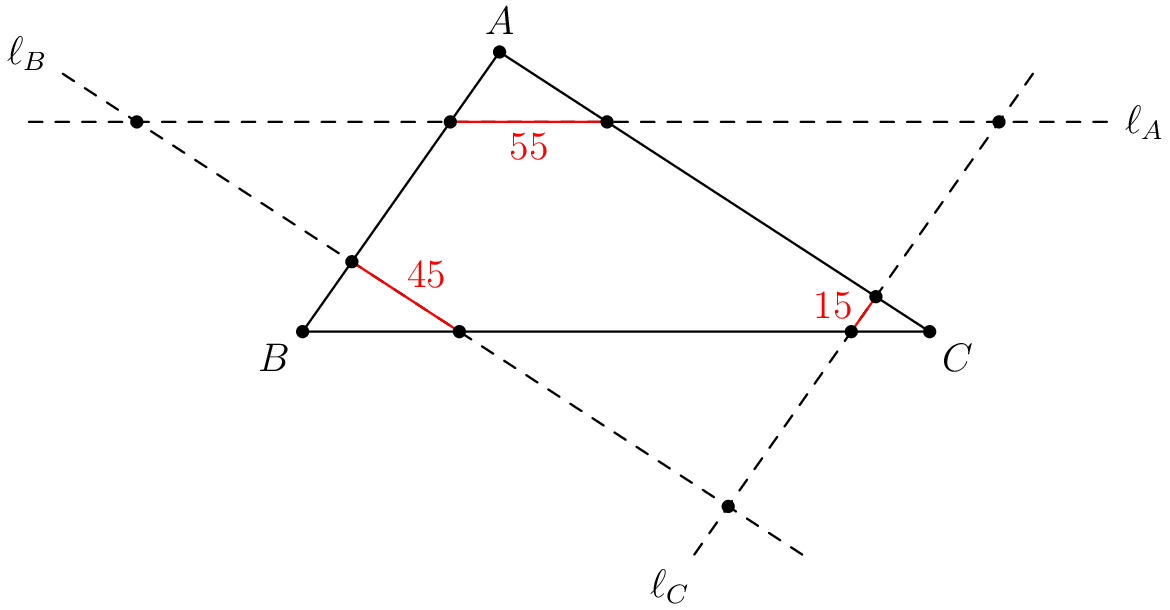 Let the points of intersection of

divide the sides into consecutive segments

. Furthermore, let the desired triangle be

. Hence, the desired perimeter is

, so using similar triangle ratios, we find that

We also notice that

. Using similar triangles, we get that

Hence, the desired perimeter is

Let the diagram be set up like that in Solution 1.

By similar triangles we have

is half the altitude of

. Therefore the altitude of

By triangle scaling, the perimeter of 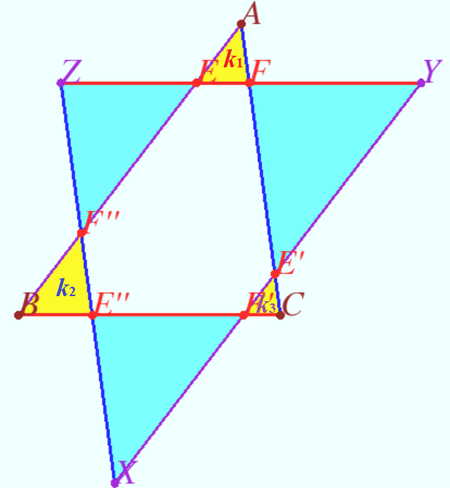 Notation shown on diagram. By similar triangles we have