be an acute triangle with circumcircle

be the intersection of the altitudes of

Suppose the tangent to the circumcircle of

The following is a power of a point solution to this menace of a problem: 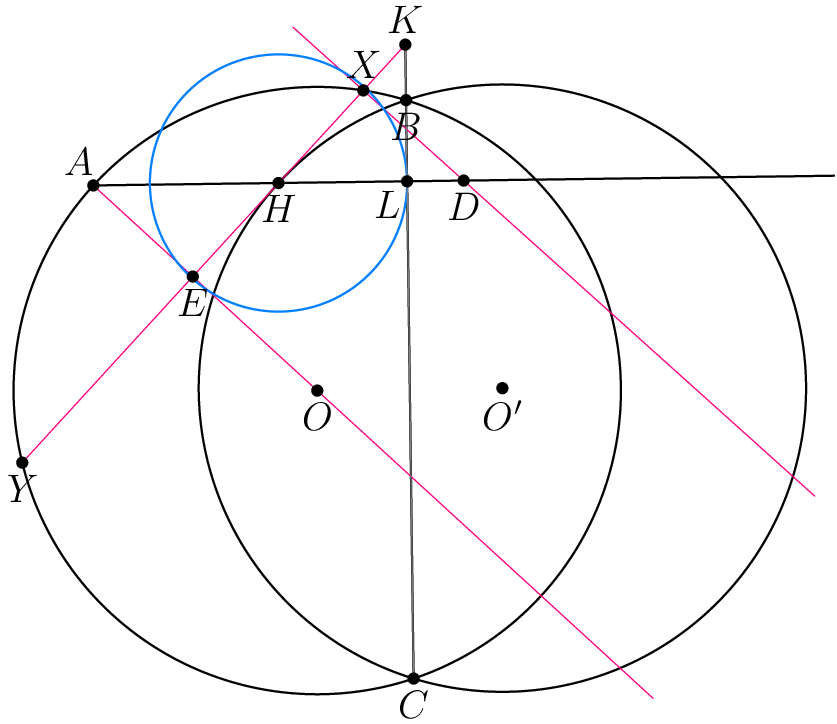 Let points be what they appear as in the diagram below. Note that

is not insignificant; from here, we set

by PoP and trivial construction. Now,

, and therefore by Pythagorean theorem we have

, and therefore we are ready to PoP with respect to

, and furthermore, we have

However, squaring and manipulating with

and from here, since

we get the area to be

As in the diagram, let ray

extended hits BC at L and the circumcircle at say

. By power of the point at H, we have

. The three values we are given tells us that

. L is the midpoint of

As in the diagram provided, let K be the intersection of

. By power of a point on the circumcircle of triangle

. By power of a point on the circumcircle of triangle

By the Pythagorean Theorem on triangle 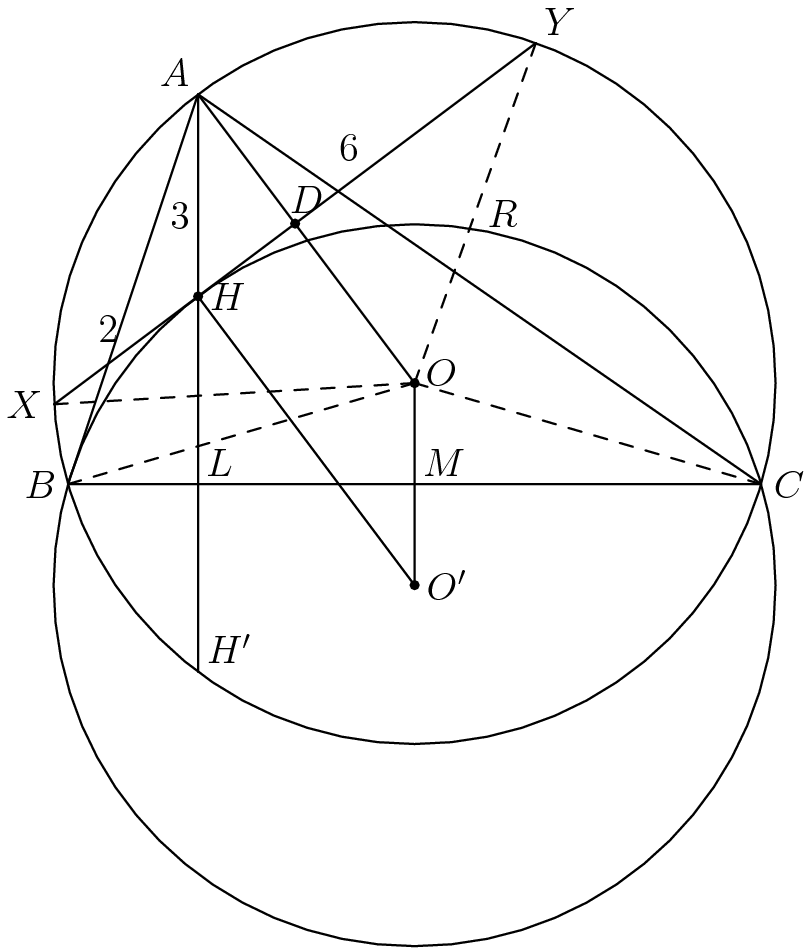 Diagram not to scale.

We first observe that

, the image of the reflection of

. This is a well known lemma. The result of this observation is that circle

is the image of circle

, which in turn implies that

is a parallelogram. That

is a parallelogram implies that

Using Power of a Point,

is the foot of the altitude from

. All that remains to be found is the length of segment

, we get the equation

Plugging in known values, and letting

be the radius of the circle, we find that

is a parallelogram, so

Thus, the area of triangle

. The Power of a Point Theorem yields

are both complements to

, so the length of the altitude from

Let the circumcircle of

, the two triangles must have the same circumradius. Because the circumcircle of

have the same radius

. Denote the centers of

is a translation of

in the direction of

. Finally, the Pythagorean Theorem applied to

, so the Pythagorean Theorem applied to

. It follows from properties of the orthocenter

Therefore by the Extended Law of Sines 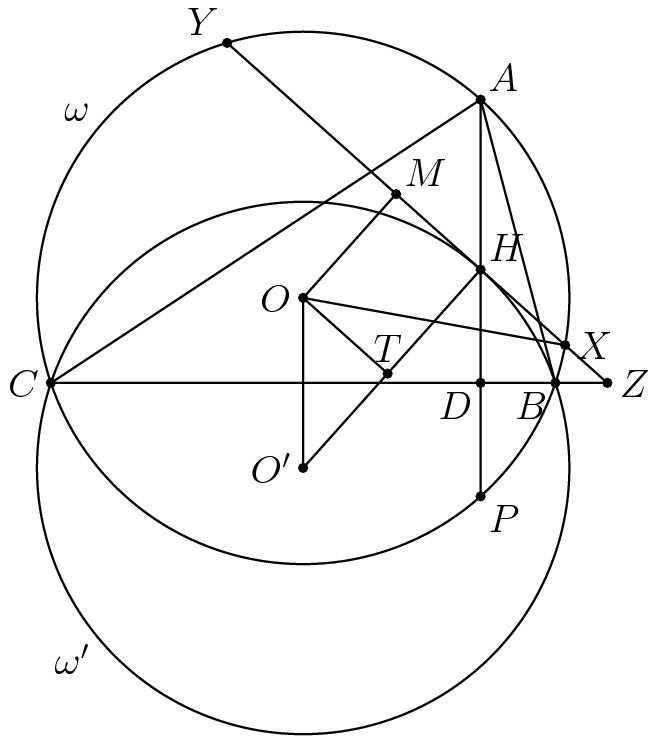 be the intersection point of line

. Because the area of

, it suffices to compute

separately. As in the previous solution,

can be found using the following lemma.

Proof: Because the circumcircle of

have the same radius, there exists a translation

sending the former to the latter. Because

is parallel to the line connecting the centers of the two circles,

to the tangent to

. But this means that this tangent is parallel to

, which implies the conclusion.

By the Law of Cosines

. By the Extended Law of Sines

Then the solution proceeds as in Solution 3.

as above, and note that

. Let the circumcircle of

until it intersects line

is a radical axis of

, it follows from the Power of a Point Theorem that

. By the Power of a Point Theorem

On the other hand, 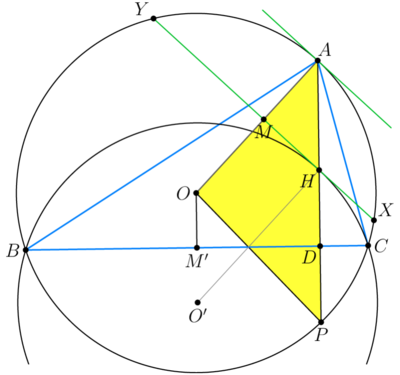 be the image of circle

be the image of the reflection of

We use properties of crossing chords and get

We use properties of radius perpendicular chord and get

We use properties of isosceles