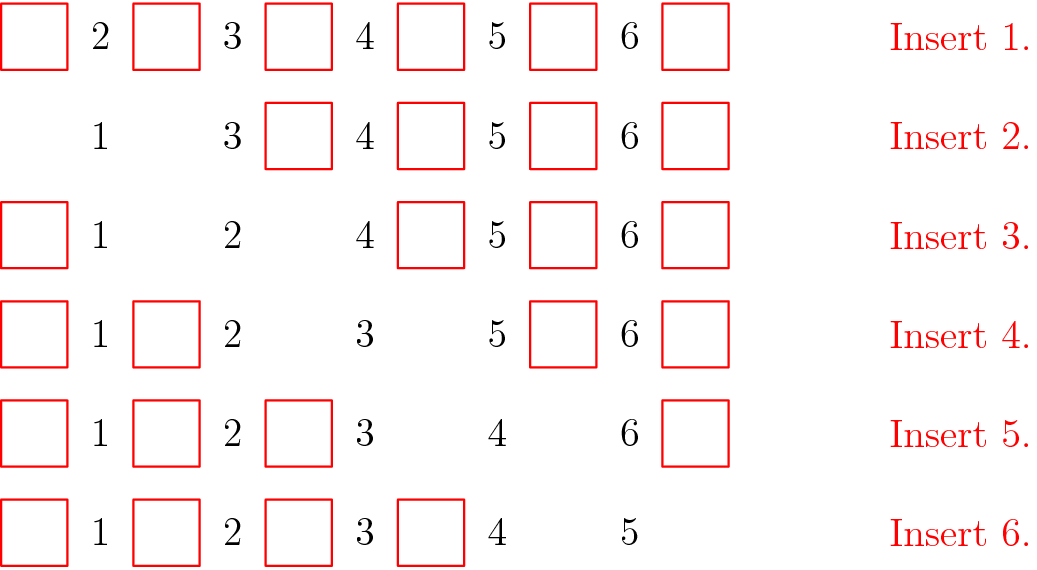 numbers, we can just plug in a

th to make a sequence that works. For example, if we have

, and so on to after

. We can also realize that this is completely symmetrical if the sequence is in descending order. For example, we could have

, and we could plug in a 6 in 6 of the spaces. For the total number of combinations, we have 6 ascending cases multiplied by the

places that can hold whatever number is missing, and multiply by 2 because there is descending and ascending number cases.

But wait, what if we have

and plug in a

at the end and

and plug in a

th spot? We have overcounted, so we need to subtract off the identical pairs. Assume that one of them is the "right" combination. That means that there are

"right" combination because all the rest will have

of their combinations taken by the previous one. For example, if I have

, I would count those

's. Therefore, we have

Side note: We could have just realized that the first part was unnecessary, but it does help you understand the problem better.