and one sphere with radius

. The intersection of planes

. The distance from line

to the point where the sphere with radius

is tangent to plane 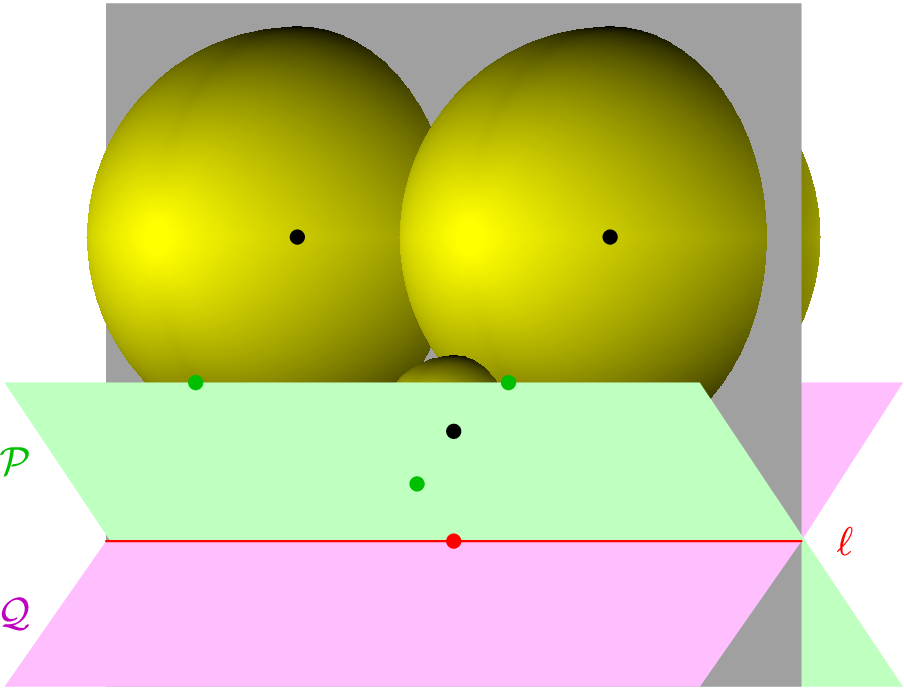 As shown below, let

be the centers of the spheres (where sphere

be their respective points of tangency to plane

be the plane that is determined by

We wish to find 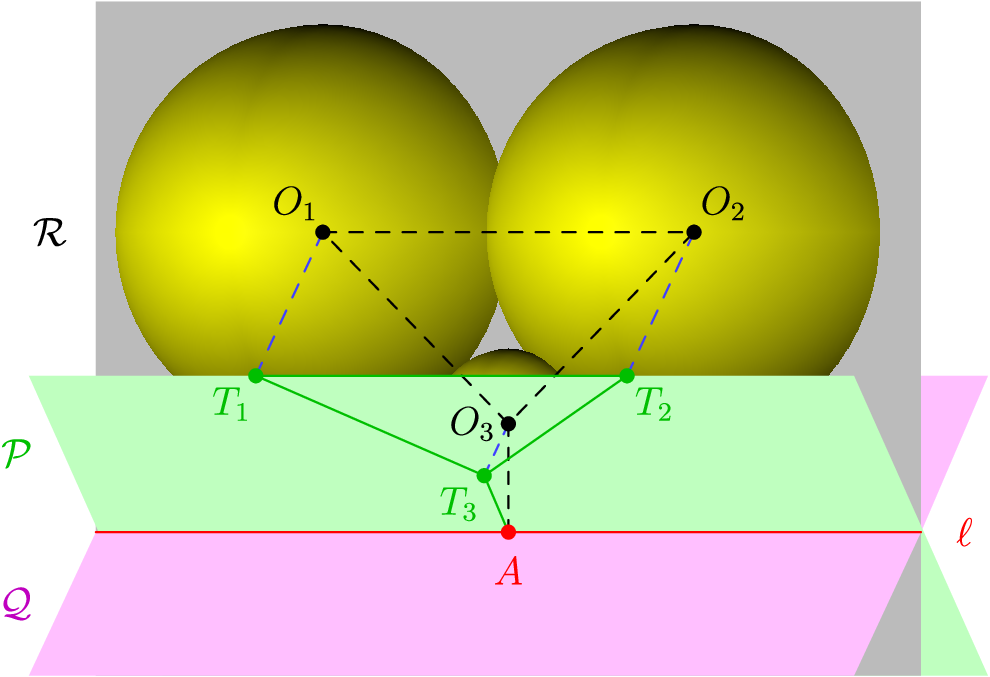 Now, we focus on cross-sections

as discussed, we obtain

is a rectangle, we have

The centers of the three spheres form a

triangle. Consider the points at which the plane is tangent to the two bigger spheres; the line segment connecting these two points should be parallel to the

side of this triangle. Take its midpoint

away from the midpoint

side, and connect these two midpoints.

Now consider the point at which the plane is tangent to the small sphere, and connect

with the small sphere's tangent point

until it hits the ray from

through the center of the small sphere (convince yourself that these two intersect). Call this intersection

, the center of the small sphere

, we want to find

must be parallel, using ratios we realize that

. Apply the Pythagorean theorem to 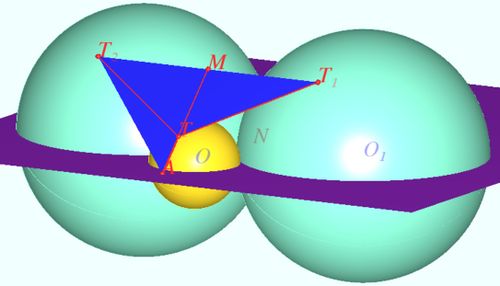 The isosceles triangle of centers

is the center of sphere of radii

The isosceles triangle of points of tangency

Let M be the midpoint

The tangens of the half-angle between the planes is