, as shown. Suppose that

is a convex hexagon. Find the area of this hexagon. 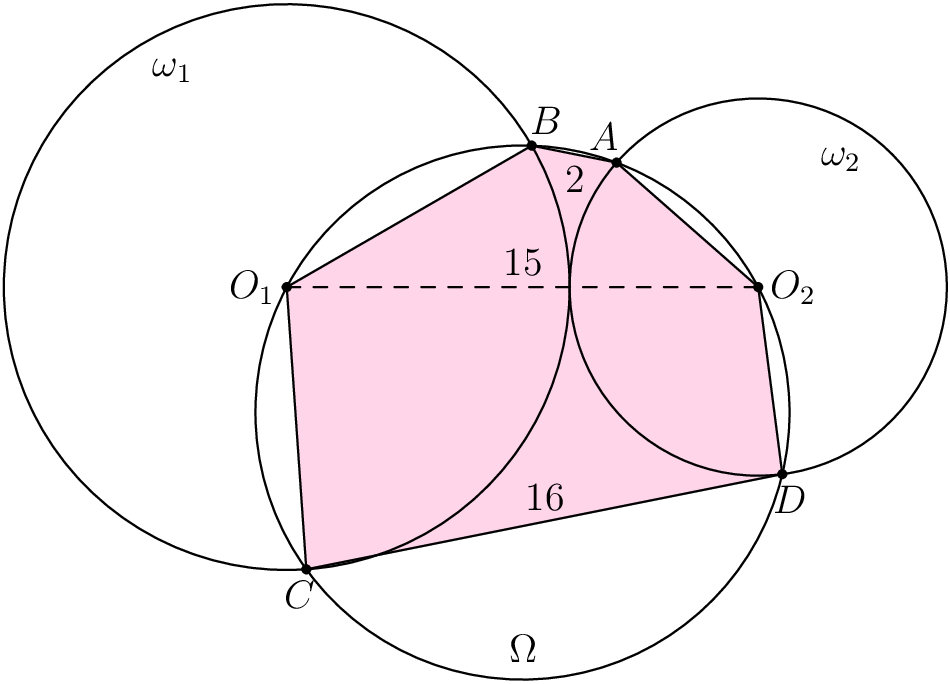 be the reflections of

, respectively, about the perpendicular bisector of

are congruent, so hexagons

have the same area. Furthermore, triangles 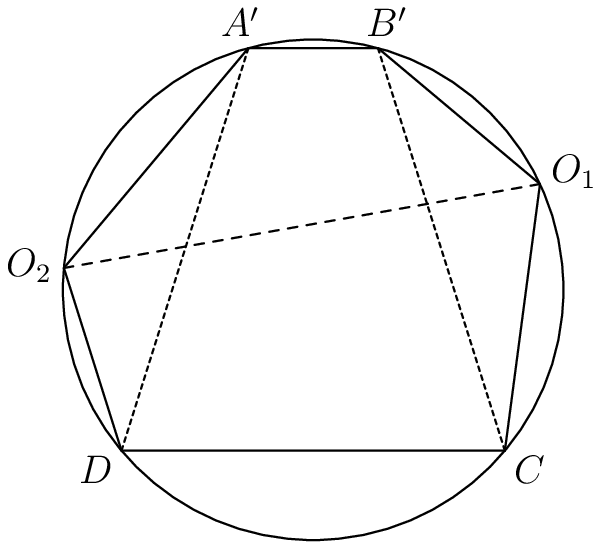 is also an isosceles trapezoid; in turn,

. The Law of Cosines on triangle

. Thus the distance between bases

triangle removed), which implies the area of

; the tangency of circles

are opposite angles in cyclic quadrilateral

, which implies the measure of angle

. Therefore, the Law of Cosines applied to triangle

, and so the area of triangle

Thus, the area of hexagon

are all on circle

is a perpendicular bisector of

is a perpendicular bisector of 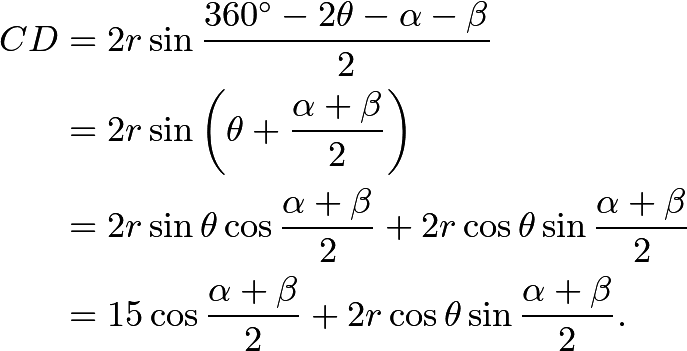 , by applying the law of sines, we get 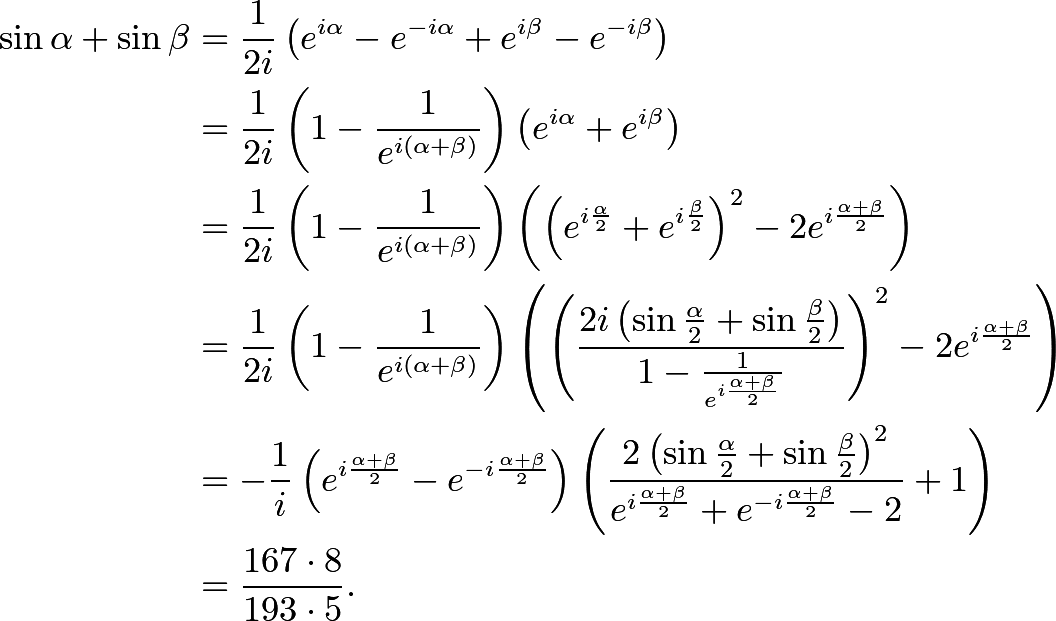 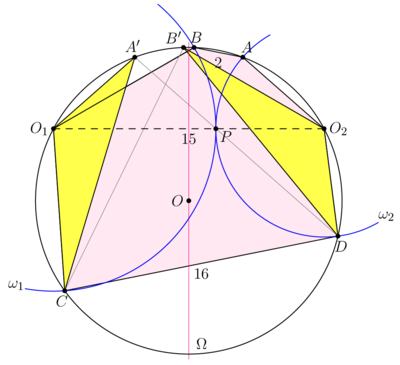 be the reflections of

respectively, about the perpendicular bisector of

The area of the trapezoid

is equal to the area of an isosceles triangle with sides

The height of this triangle is

The distance from the vertex

to the tangent points of the inscribed circle of the triangle

The radius of the inscribed circle is

has the same area as hexagon

The area of hexagon

is equal to the sum of the area of the trapezoid

and the areas of two equal triangles

so the area of the hexagon 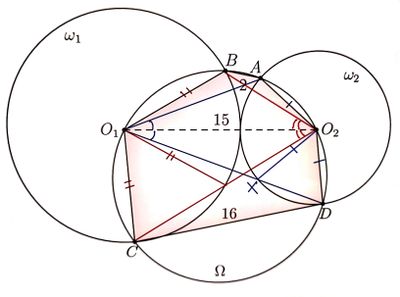 , then the radius of circle

Now we only need to find the

be the point of intersection between

, based on the " 2 Non-Congruent Triangles of 'SSA' Scenario " , we can immediately see

and therefore get an equation from the "Power of A Point Theorem:

We can also get two other equations about these 4 segments from Ptolemy's Theorem:

Multiply equations (1) and (2), and equations (3) and (4) respectively, we will get a very simple and nice equation of

This result is good enough for us to find the hexagon's area, which: