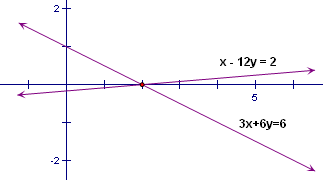 Some systems can be solved by taking advantage of specific forms. Such systems can often seem tough to solve at first, however.

to get the two-variable linear system below.

Solving the system results in

. Substituting that back results in

. We can do another substitution by letting

and substituting to get

back in, we get

back satisfies the system.