are on a semicircle with diameter

is cyclic (as shown below) by the converse of the theorem "angles inscribed in the same arc are equal". 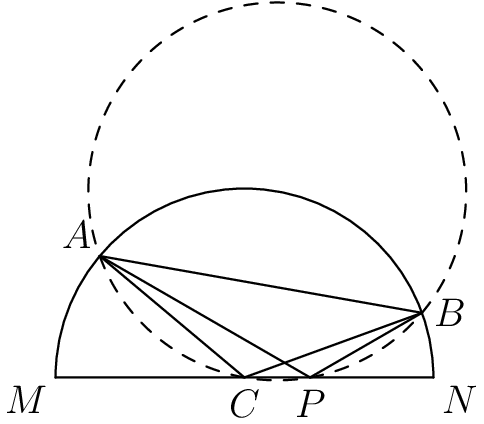 , so, using the fact that opposite angles in a cyclic quadrilateral sum to

. Finally, again using the fact that angles inscribed in the same arc are equal, we have