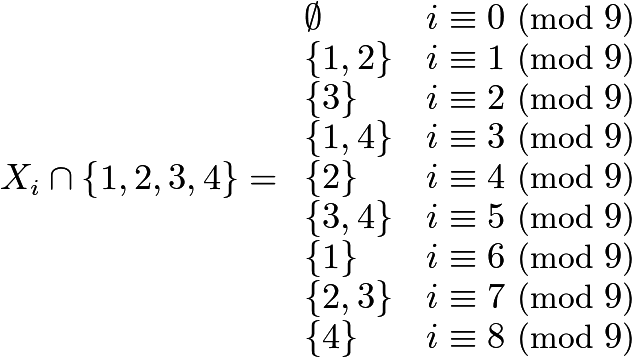 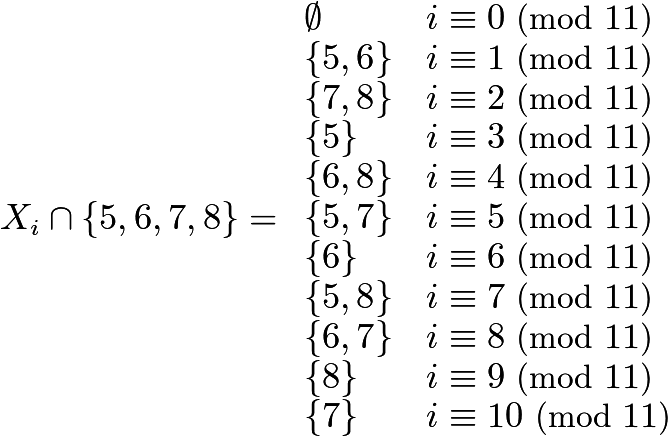 The remainder configuration above takes care of the rest. Then, by the Chinese Remainder Theorem, all of the sets

and it is easy to verify that none of these match

so all of the sets are distinct. Finally, notice that, for any pair of consecutive sets, at least one of them has at most