and a positive composite integer?

must be a prime number (or 1). Also, every number that is a multiple of

greater than that prime number must also be prime, except for the requested number itself. So we make a table, listing all the primes up to

and the numbers that are multiples of

greater than them, until they reach a composite number. 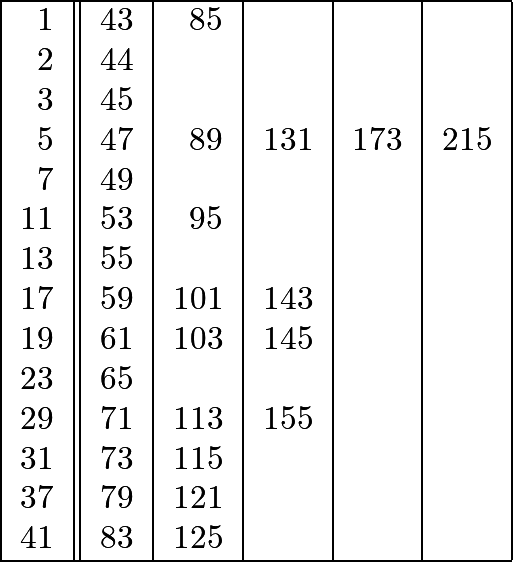 is the greatest number in the list, so it is the answer. Note that considering

would have shortened the search, since

numbers at least one must be divisible by

Basically, we are looking for a number where when a multiple of 42 is subtracted from it, the result is a prime number. Any number that ends in a 5 is not prime, except for 5 itself. Since 42 keeps the parity the same and advances odd numbers in the unit digit, then we can conclude that the sought number is

Let our answer be

is the only prime divisible by

as our largest possibility in this case.