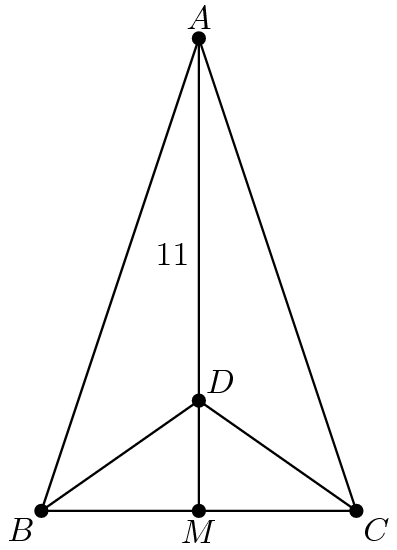 multiplying by both denominators and squaring both sides yields

Substituting this in for x in the equations for

The triangle is symmetrical so we can split it in half (

. By the Law of Sines on triangle

. We can use this information to relate

by using the Law of Sines on triangle

is a right angle), so

, we can turn the equation into::

, we can look at the side lengths of

(since they are symmetrical, the perimeter of

(Note it is positive since