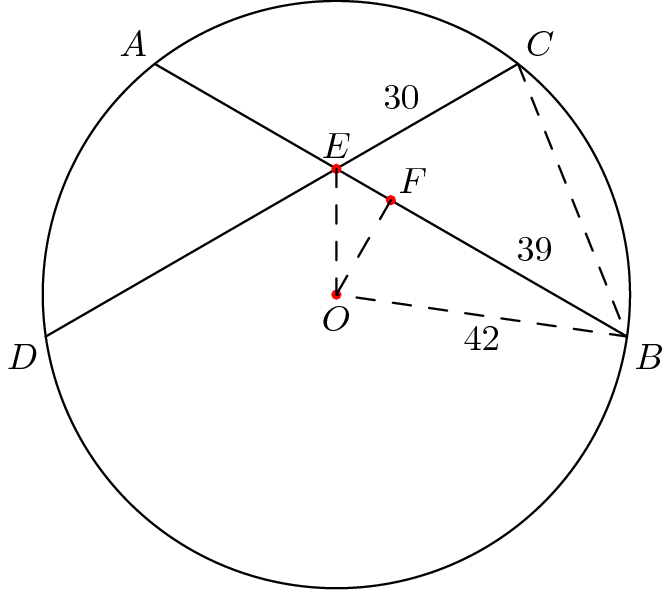 Note: the area of

can be more easily found by using the sine method