Consider the paper triangle whose vertices are 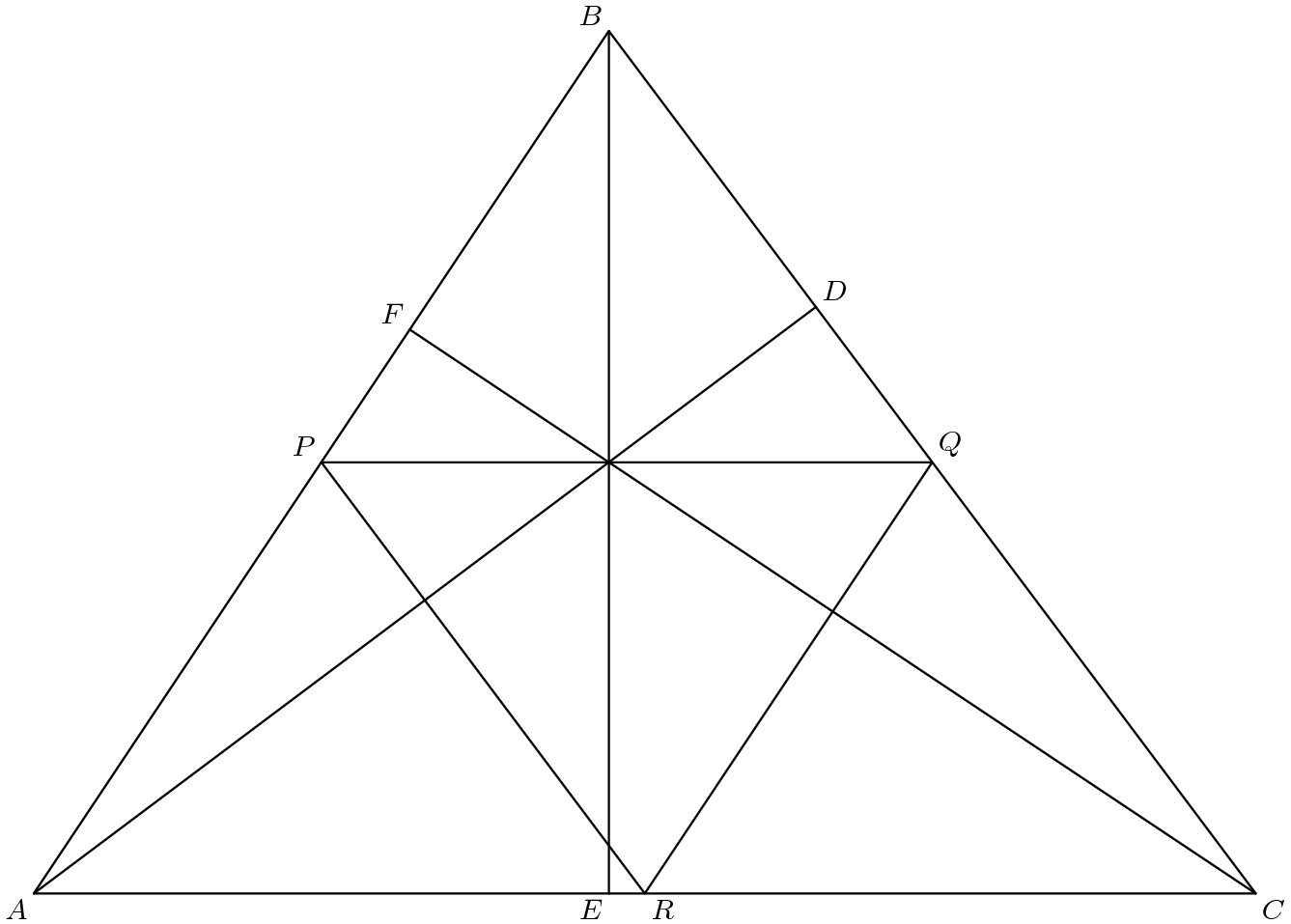 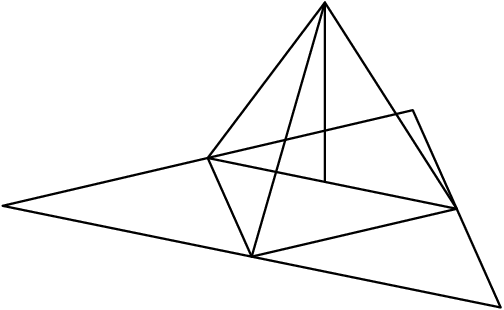 As shown in the image above, let

is the apex of the tetrahedron, and let

. The crux of this problem is the following lemma.

the first equality follows by the Pythagorean Theorem, while the second follows from

. Thus, by the Perpendicularity Lemma,

is, indeed, the orthocenter of

, we need to find the intersection point of altitudes

is equal to the negative reciprocal of the slope of

. These two lines intersect at

, so that's the base of the height of the tetrahedron.

are, by coincidence, the same point,

The area of the base is

Consider the diagram provided in the previous solution. We first note that the medial triangle has coordinates

. We can compute the area of this triangle as

are the coordinates of the vertex of the resulting pyramid. Call this point

. Clearly, the height of the pyramid is

We note that when folding the triangle to form the pyramid, some side lengths must stay the same. In particular,

. We then use distance formula to find the distances from

to each of the vertices of the medial triangle. We thus arrive at a fairly simple system of equations, yielding

) edges and can be inscribed in a parallelepiped (rectangular box) with the six tetrahedral edges as non-intersecting diagonals of the box faces. Let the edge lengths of the parallelepiped be

and solve (by Pythagoras)

and then the volume is