be the set of ordered triples

of nonnegative real numbers that lie in the plane

Let us say that

when exactly two of the following are true:

consist of those triples in

divided by the area of 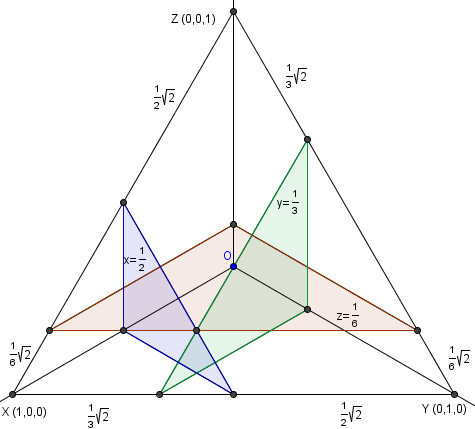 is that of a little triangle on the bottom of the above diagram, of

is the triangle at the right, and

the triangle on the left, where the triangles are coplanar with the large equilateral triangle formed by

. We can check that each of the three regions mentioned fall under exactly two of the inequalities and not the third. 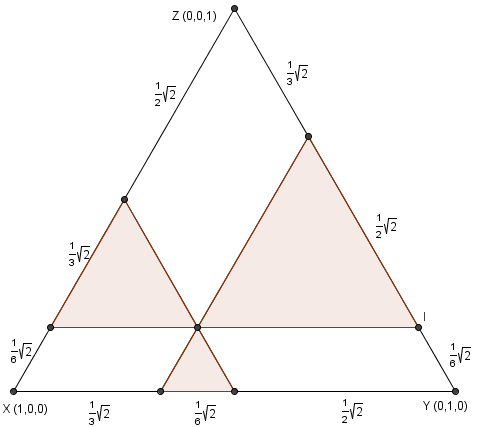 The side length of the large equilateral triangle is

with the axes. Using the formula

for equilateral triangles, the area of the large triangle is

. Since the lines of the smaller triangles are parallel to those of the large triangle, by corresponding angles we see that all of the triangles are similar, so they are all equilateral triangles. We can solve for their side lengths easily by subtraction, and we get

. Calculating their areas, we get

To simplify the problem, we could used the fact that the area ratios are equal to the side ratios squared, and we get