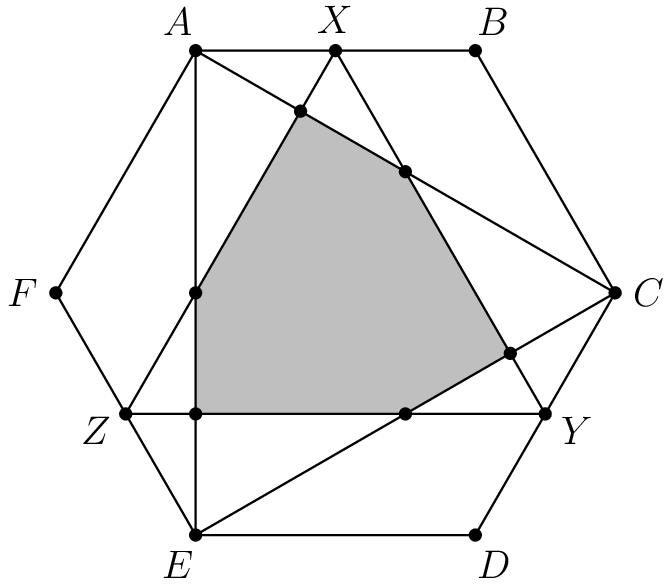 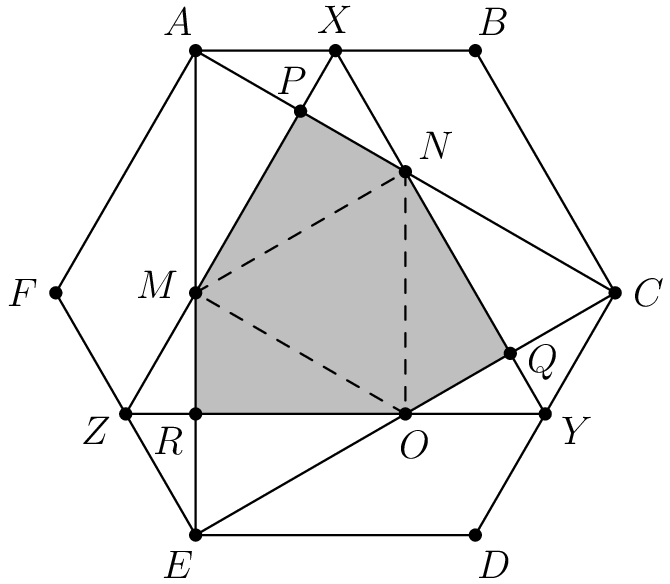 ratio (This can be shown by similar triangles.). Thus, it must also divide transversal

Then, the area of

There are three such triangles for a total area of

Find the side of

so the area is

Finding the trapezoid's area, we know that one base of each trapezoid is just the side length of the hexagon, which is

and the other base is

which, as we showed before, had a side length of

Now, we need to find the area of each of the small triangles, which, if we look at the triangle that has a vertex on

is similar to the triangle with a base of

Adding the two areas together, we get

Finding the total area, we get

Taking the complement, we get 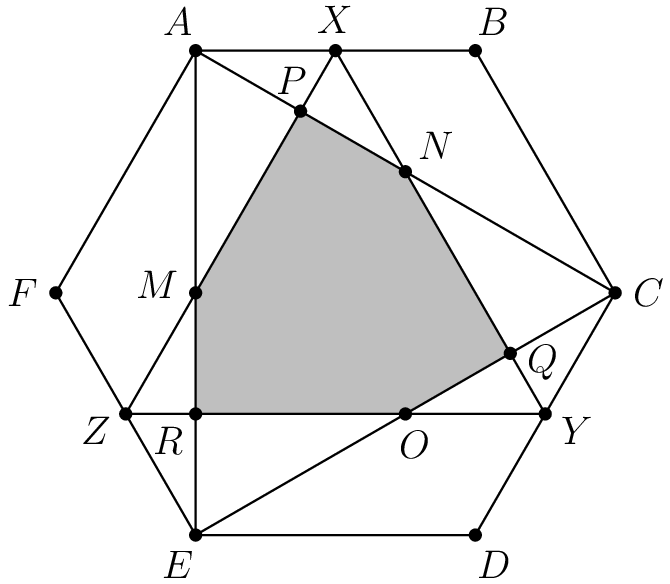 We could also subtract

We can show that

triangles, as shown below: 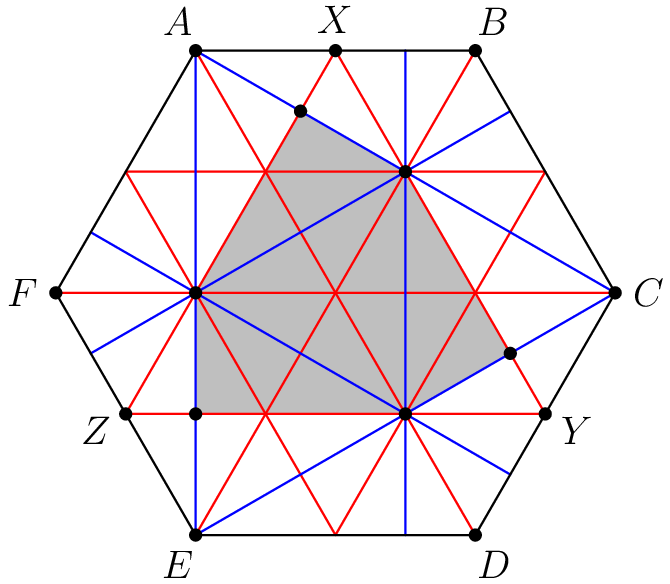 small triangles, so the answer is

From here, you should be able to tell that the answer will have a factor of

However, if you want to actually calculate the area, you would calculate

and thus the side length of this triangle is

So the area of this triangle is

Now let's find the area of the smaller triangles. Notice,

If we try to coordinate bash this problem, it's going to look very ugly with a lot of radicals. However, we can alter and skew the diagram in such a way that all ratios of lengths and areas stay the same while making it a lot easier to work with. Then, we can find the ratio of the area of the wanted region to the area of

then apply it to the old diagram. 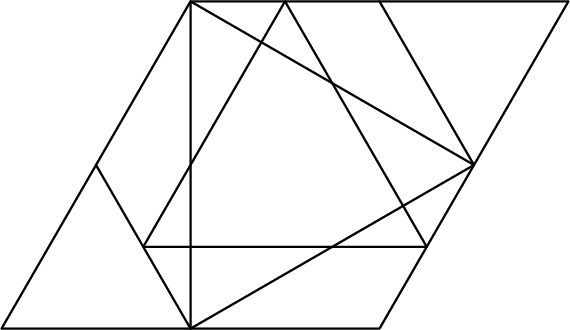 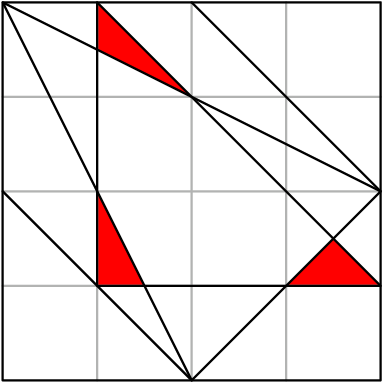 The isosceles right triangle with a leg length of

in the new diagram is

in the old diagram. We see that if we want to take the area of the new hexagon, we must subtract

from the area of

(the red triangles), giving us

However, we need to take the ratio of this area to the area of

Now we know that our answer is