We use the line-segment ratios to infer area ratios and height ratios.

= height (of altitude) from

are similar, and since

, they are also congruent, and so

, all of these are equal to

, and so the altitude of triangle

The triangle we will consider is

(obviously), and we will let

be the center of mass, so that

(this is true since

in a ratio of

. We can confirm we have done everything right by noting that

Now that our points have weights, we can solve the problem.

, which is equal to one-third of the area of triangle

have the same height and same areas and so their bases must be the congruent. Thus, triangle

As before, we figure out the areas labeled in the diagram. Then, we note that

Additional note: There are many subtle variations of this triangle; this method is one of the more compact ones.

Then, find two factors of

as our numbers. Then, the coordinates of D are 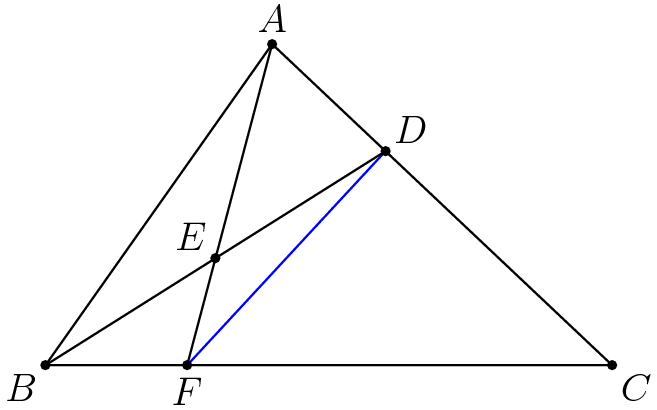 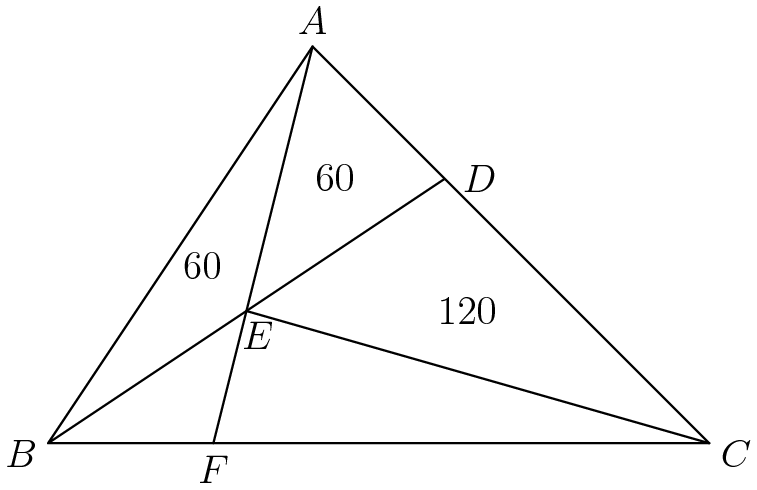 , we know that the areas of

and the areas of

This question is extremely similar to 1971 AHSME Problems/Problem 26.