be positive integers such that

. Which of the following must be a divisor of

The GCD information tells us that

. Note that we have the prime factorizations:

for some positive integers

would be at least

which is too large, hence

would be at least

which is too large, so

is divisible only by primes that are at least

. The only possible value of

and which fits this criterion is

We can say that

has (at a minimum)

(and no more powers of

would be different). In addition,

cannot have any other powers of

). We now assume the simplest scenario, where

. According to this base case, we have

. We want an extra factor between the two such that this number is between

, and this new factor cannot be divisible by

. Checking through, we see that

is the only one that works. Therefore the answer is

First off, note that

are all of the form

be the number of times

s into the following:

must be a multiple of

. The only answer choice that gives a value between

In the case where there can be 2 possible answers, we can do casework on

for some positive integers

with the same criteria. However, since

is not a multiple of

, we must contribute an extra

in order to make it a multiple of

is a multiple of three, and it is relatively prime to

, so using the same logic,

and is relatively prime to

Since we can't really do anything with these messy expressions, we should try some sample cases of

, and see which one works.

. Note that all of these values of

work for the first

expression because they are all not divisible by

Without the loss of generality, we let

for all of our sample cases. We can also adjust the value of

, since there is no fixed value for

; there is only a bound.

So we try to make our bound

satisfactory. We do so by letting

. To simplify our work, we note that

So now, we can easily find our values of

We can clearly see that only

is in the bound

must be a divisor of 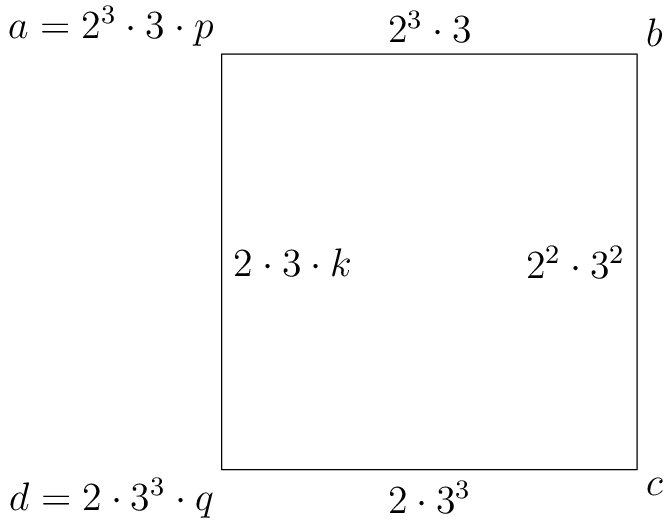 is shown in the above diagram.

is not required to solve the problem.

Just as in solution

Substituting these expressions for

into the final given,

The greatest common divisor of these two numbers is already

is what we wish to multiply

by to obtain the gcd of these two numbers, then

. Testing the answer choices, only

(in order for the compound inequality to hold). so our gcd is