During AIME testing, the AoPS Wiki is in read-only mode. No edits can be made.
AoPS Wiki
Resources Aops Wiki 2021 AMC 12A Problems/Problem 21

The solutions to this equation are

; these are the five points which lie on

. Note that since these five points are symmetric about the

denote the ratio of the length of the minor axis of

to the length of its major axis. Remark that if we perform a transformation of the plane which scales every

-coordinate by a factor of

is sent to a circle

. Thus, the problem is equivalent to finding the value of

all lie on a common circle; equivalently, it suffices to determine the value of

such that the circumcenter of the triangle formed by the points

Recall that the circumcenter of a triangle

respectively. These two lines have different slopes for

, so indeed they will intersect at some point

into the first equation yields

into the second equation and simplifying yields

Finally, recall that the lengths

is the distance between the foci of

. Thus the eccentricity of

Completing the square in the original equation, we have

Now, we will find the equation of an ellipse

-plane. By symmetry, the center of

must be on the

and the axes' lengths

respectively, we have the following system of equations:

holds for all real numbers

we clear fractions and simplify:

Applying the Transitive Property to 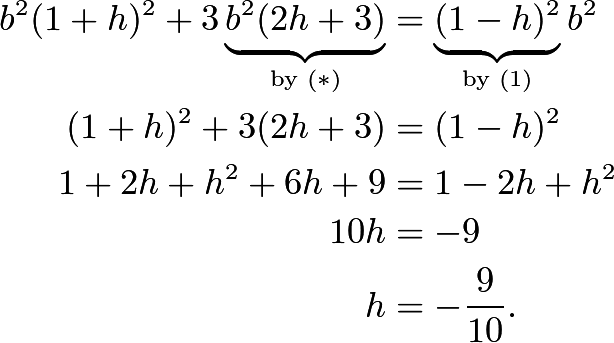 Substituting the current results into

is shown below. Note that the foci are at

as shown in the blue points. 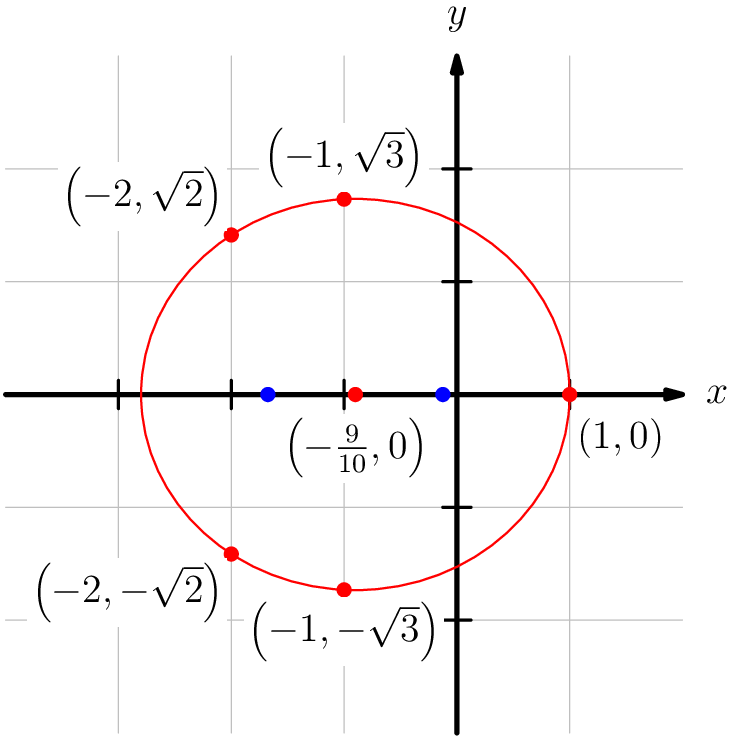 Starting from this system of equations from Solution 2:

. Therefore, the system can be rewritten as:

Plugging the former into the latter and simplifying yields

, so the eccentricity is

The five roots are

So, we express this conic in the form

Note that this conic cannot have the

term since the roots are symmetric about the

Now we have equations

So, the conic can be written in the form

If it is written in the form of

Therefore, the desired eccentricity is

points that lie on

, we try to find a transformation that sends

to the unit circle. Scaling about

are the lengths of the major and minor axes, respectively, then the ellipse will be scaled by a factor of

The transformation then sends the points

, respectively. These points are on the unit circle, so