This problem is quite similar to 1995 AIME Problem 3. 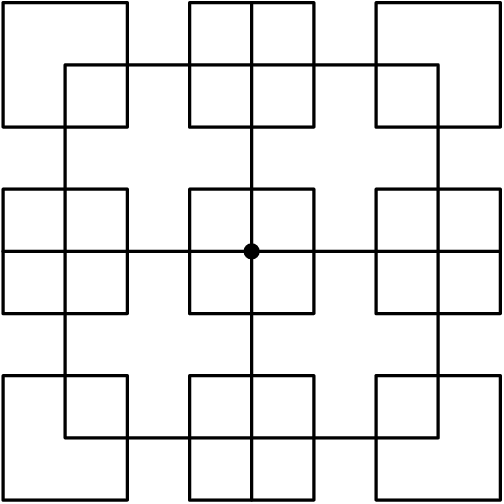 The grid is symmetrical. Denote the center cell as state Center, the

middle side cells as state Side, the

corner cells as state Corner. We can draw the following State Transition Diagram with Markov Chain. The numbers on the transition arc are the transition probability.

We calculate the probability of different states in each round in the following table by iterating a few more times: 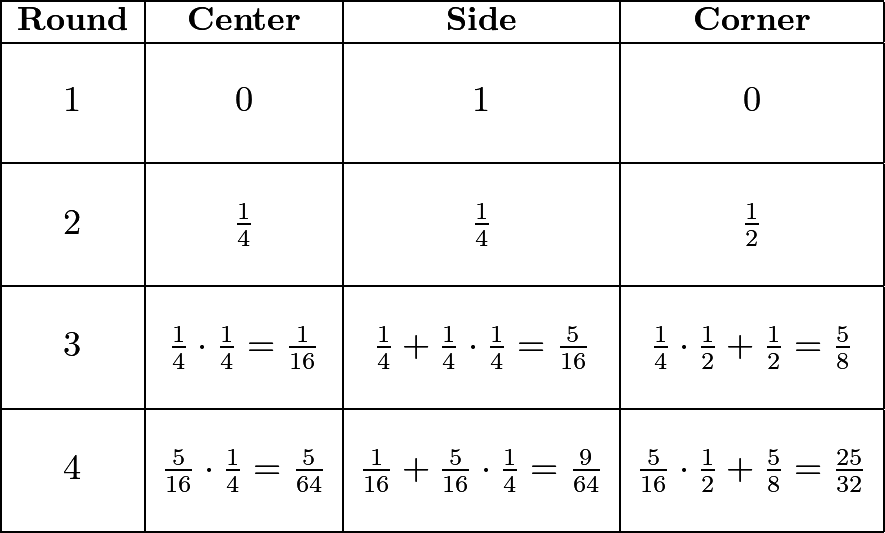 Let us go through the frog’s jumps step by step to find the probability that it will land in a corner. Denote the frog’s position as 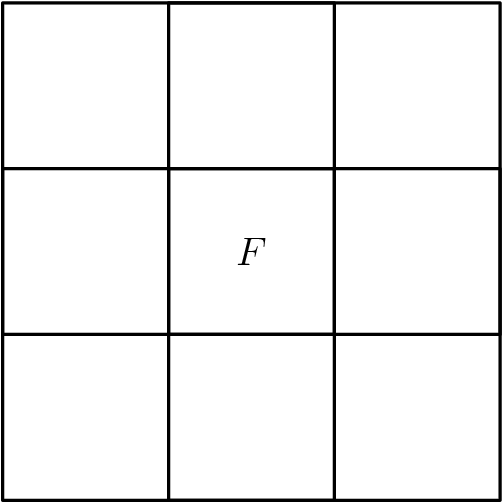 First notice that since the frog only moves up, down, left or right, it’s original hop will not matter by symmetry, because all first hops will bring the frog at the edge next to two corners. WLOG we let the frog hop up: 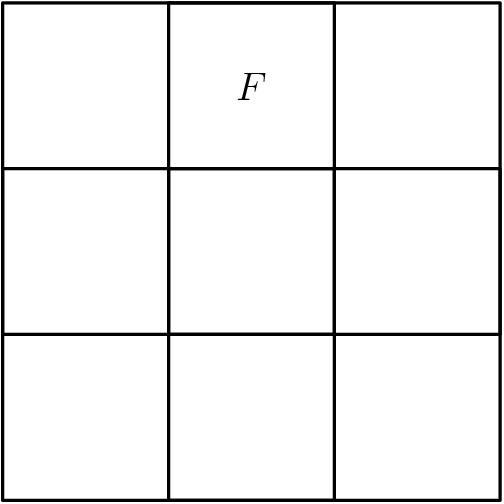 Notice that in its second hop, there are two ways for it to move to a corner (left and right) out of four, and thus the probability of Frieda reaching a corner on the second hop is

There are two other cases for Frieda’s second hop: it could either wrap around to another edge square or move back to the middle. We analyze each of these cases individually, noting that each has probability 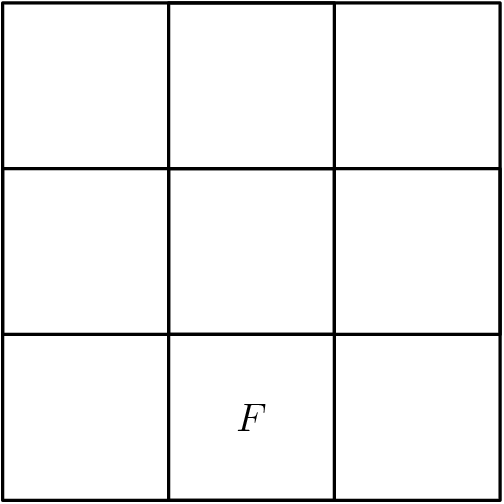 In this case, there are again

choices to go to a corner on the third hop, go back to the previous square, or go to the middle. Here there is a

probability that Frieda will reach a corner on the third hop. If Frieda hops back with a

probability, she will again have a

probability of reaching a corner.

To sum up this case, the total probability of her reaching a corner is

Finally suppose Frieda goes back to her initial position after

steps. Then her third step again doesn’t matter because whatever she does, she will be next to

corners, so the probability of her reaching a corner on her fourth hop in this case is

Summing up all the cases, we get