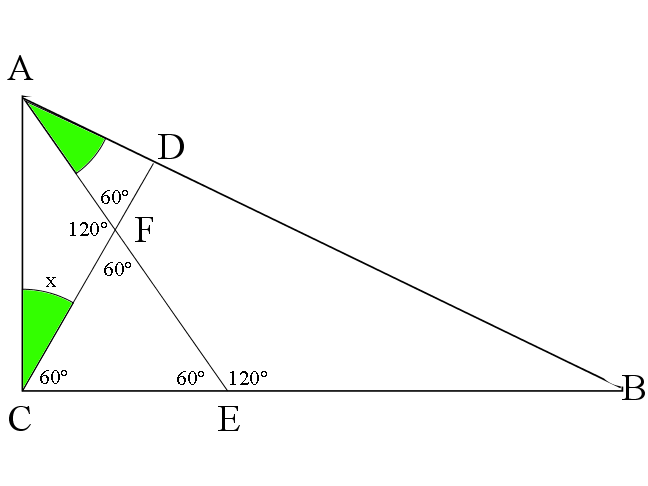 and the angle between the hypotenuse and the shorter side is

By the Law of Sines:

By the sine addition formula(

. Hence, triangle AEB is similar to triangle CFA. Since

, as triangle CFE is equilateral. Therefore,

. Thus, the measure of

Video Solution by the Beauty of Math