Wendy takes Honors Biology at school, a smallish class with only fourteen students (including Wendy) who sit around a circular table. Wendy’s friends Lucy, Starling, and Erin are also in that class. Last Monday none of the fourteen students were absent from class. Before the teacher arrived, Lucy and Starling stretched out a blue piece of yarn between them. Then Wendy and Erin stretched out a red piece of yarn between them at about the same height so that the yarns would intersect if possible. If all possible positions of the students around the table are equally likely, let

be the probability that the yarns intersect, where 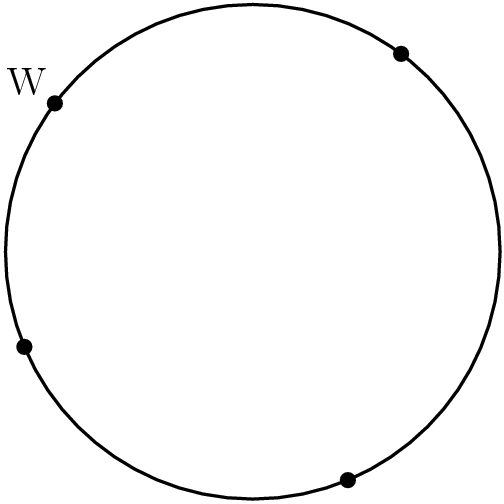 First, let Wendy pick a seat, and let that point be point