, and there exists a circle, lying inside the quadrilateral and having center

, that is tangent to all four sides of the quadrilateral. Points

are on the midpoints of

respectively. It can be proven that point

may be expressed as

is not divisible by the square of any prime. Compute 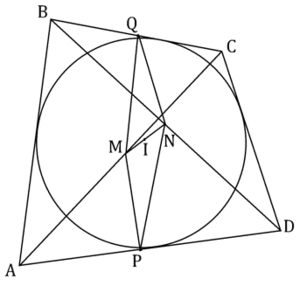 , as seen in the diagram. By SAS Similarity, we find that

Because opposite sides of

is a parallelogram. Thus, the diagonals bisect each other, and 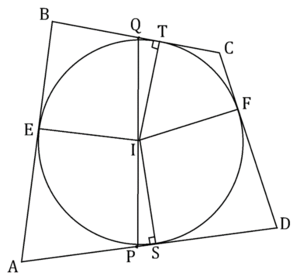 . Now we have information we can use to determine side lengths to compute the inradius so we can determine the area of

be the radius of the incircle. That means 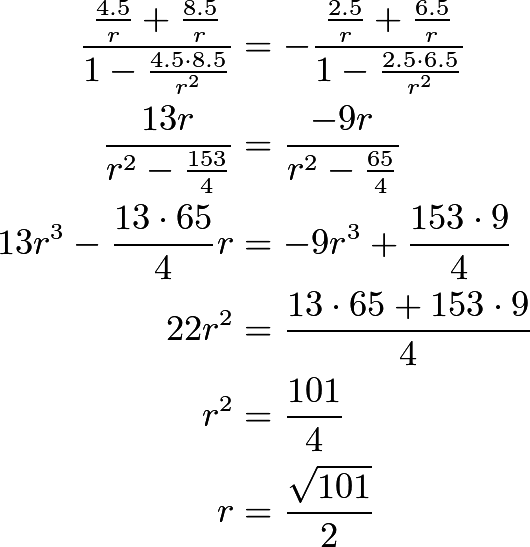 Therefore, the area of the quadrilateral is